Chiara Caterina and I arrived for the Time and Space residency at Metal Southend with a plan to make a film during our week’s short stay, something we had once managed to achieve at a different residency in a different country. Although we were ultimately frustrated in our attempt this time, we did come away with hard drives full of camera footage and audio recordings and memories of a special place and time, more than enough material to develop into a short experimental film. 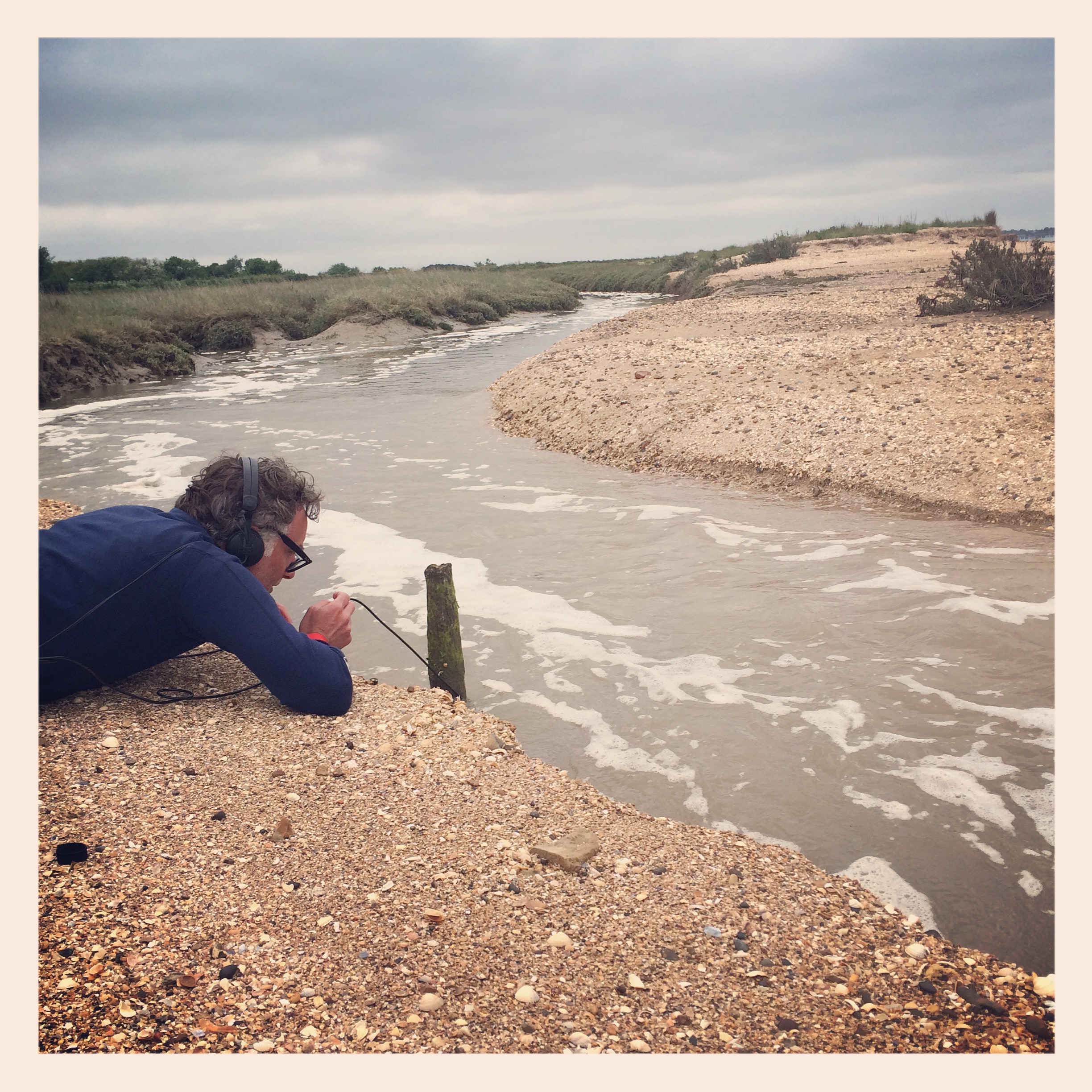 In advance of the residency, we had tried to scope out the territory remotely through local history websites, OS maps and books and had settled on the idea of locating ourselves in one of the areas of marsh and river channels where sea meets land, selecting some of the several nature reserves in the region as potential bases. After a day’s reconnaissance of the Thames, Crouch and Blackwater estuaries, a tip from the Maldon Tourist Information centre sent us in the direction of the Dengie Marshes where, as the light of the day was beginning to drain away, we found the perfect site. 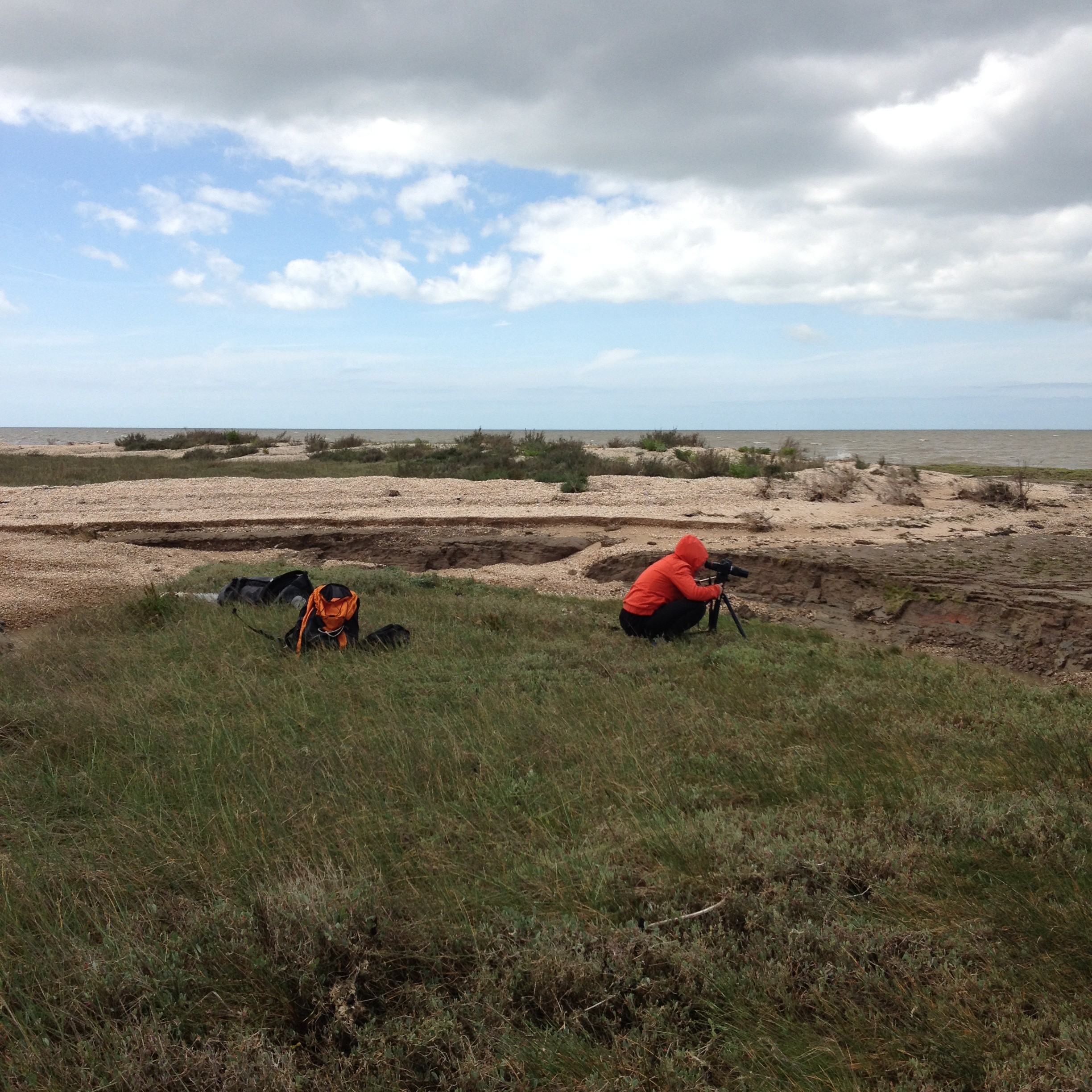 During the following week, we criss-crossed the marshes and beach, leaving footprints in soil and sand, tying microphones to wind-blown broom, floating cameras down the tidal tributaries, wedging transducers in the wooden slits of an abandoned bird hide, setting up tripods in mounds of empty sea shells, catching the cries of swallows as they shot in and out the gun-slits of a squat bunker. The mudflats, especially, became a focus for us, their upper surfaces patterned with cracks, their sides sandwiches of layers of subtly different colours, their shapes resembling museum dioramas of extra-terrestrial landscapes with, as they tide swept in, sections collapsing before being submerged entirely as we squelched back carrying our gear to higher ground. 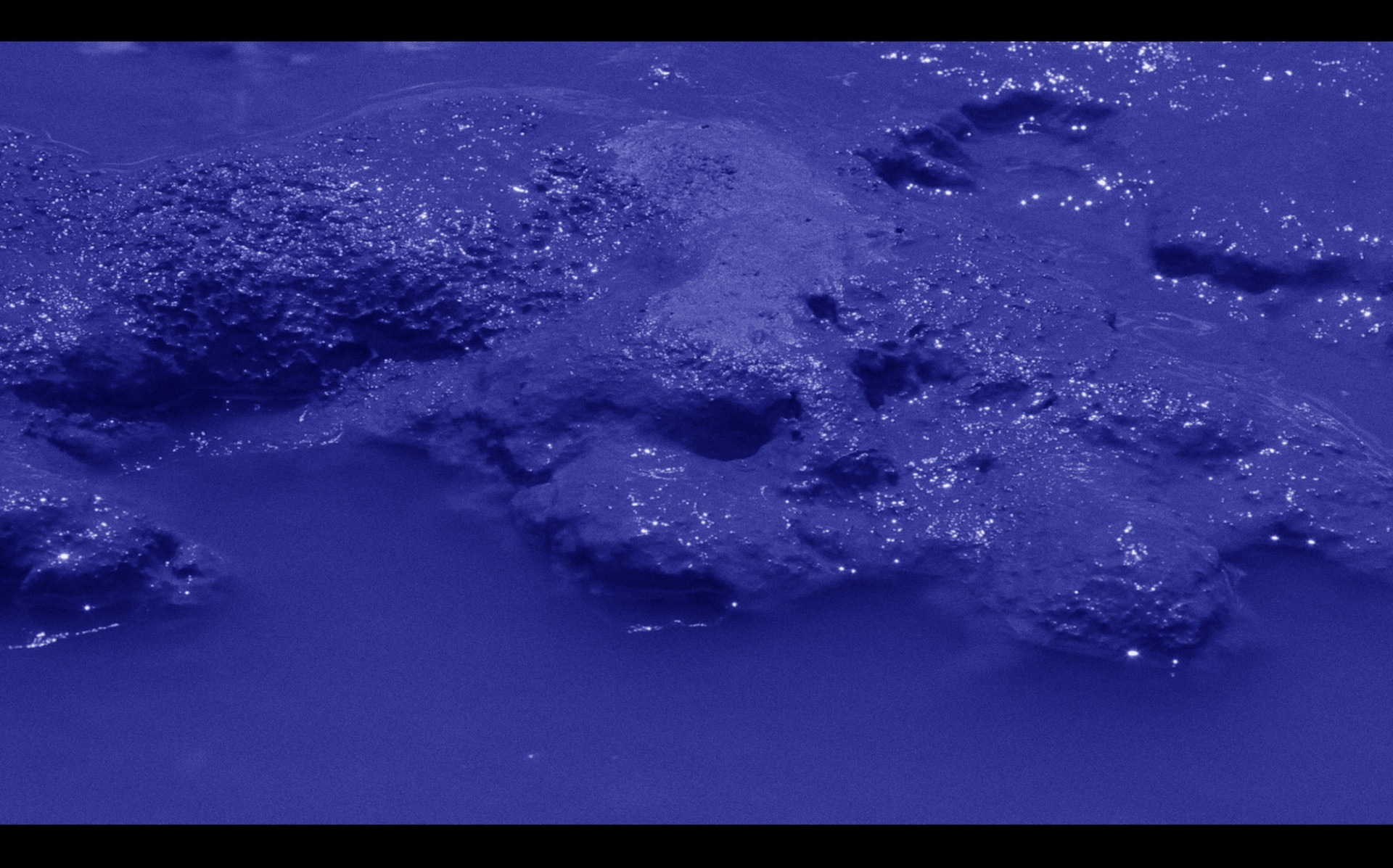 Although we were often left alone in the marshes, waving to each other in the distance, we had lucky encounters with others drawn to this beautiful spot: worshippers in the chapel of St. Peters-on-the-Wall, members of the Othona religious community, dog walkers, bird watchers, beach combers, locals collecting samphire. Our memories of these encounters will combine with the memories of sound and light and smell to inspire the film we are now making together. 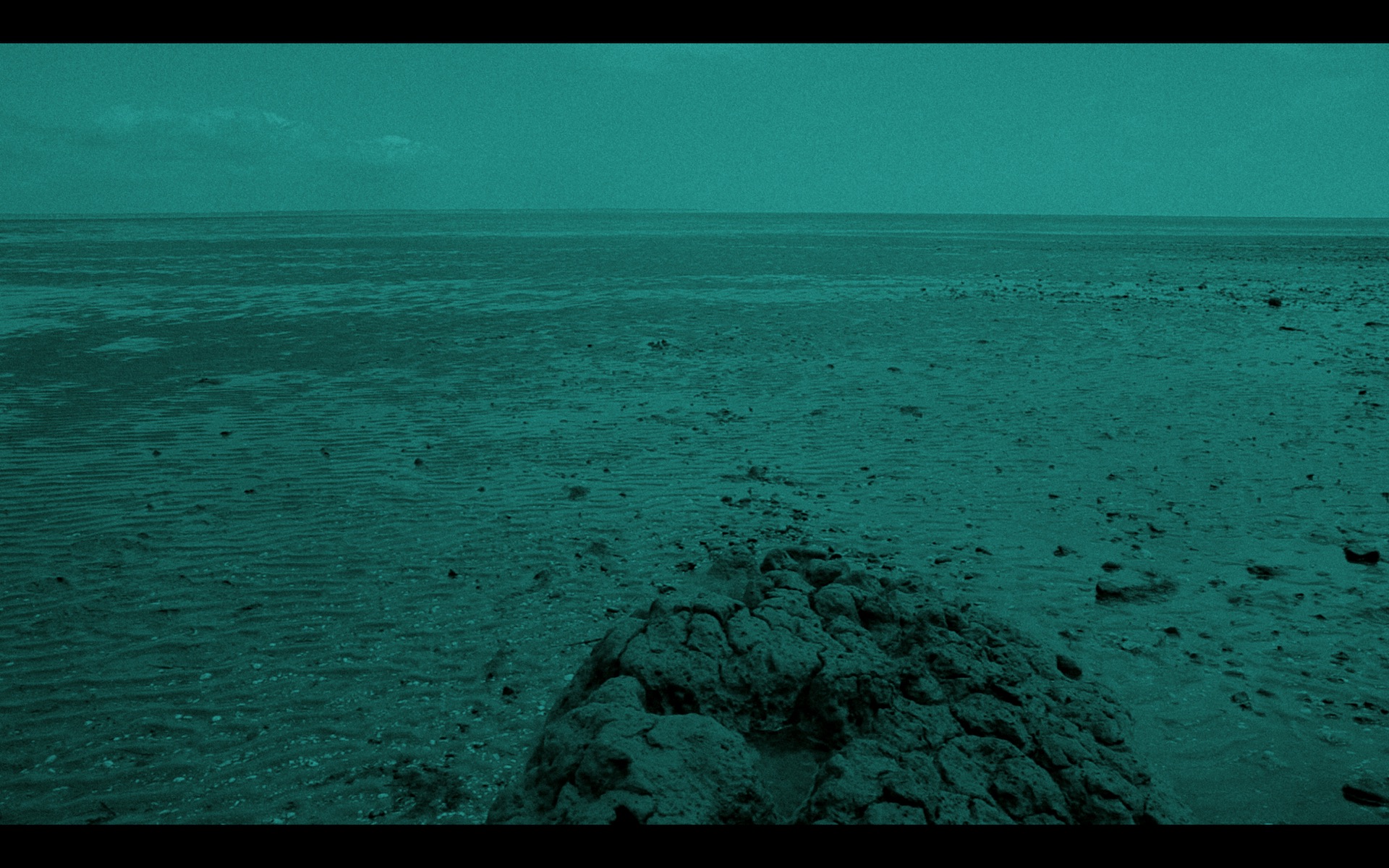