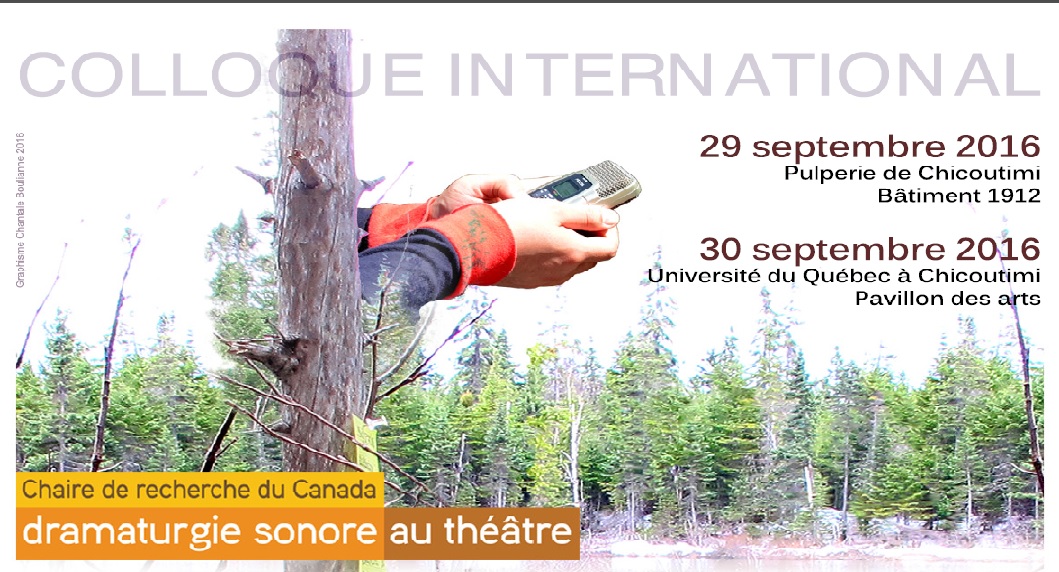 At The Contemporary Practices of Writing Creation for the Stage Colloque International, Cathy Lane will be presenting two multichannel sound works, The Ties that Bind and Preparations for an Imaginary conflict.

The Ties that Bind, originally commissioned as a site specific multi-channel sound work by Calvert 22 Gallery, London, for the exhibition How is it towards the east?, uses the words of family members to explore how histories - individuals and global personal history and the great events of our times, manifest through the memories and testimony (or lack) of successive generations. It traces unacknowledged and acknowledged convergences, similarities, and dilutions through oral history interviews conducted with four generations of the White family whose small family business, trading in wholesale underwear, occupied the Calvert 22 premises in the 1980s and early 90s. Listening to accounts of the evolution of the business through wartime London and pre-war Berlin to its roots in the Jewish garment industry in Poland in the early part of the 20th century reveals aspects of the process of cultural assimilation and how family memory is preserved and transmitted through stories and photographs.

Preparations for an Imaginary conflict, originally commissioned for Staging Disorder  exhibition at LCC, draws on the rhetoric of war and how it has been used to prepare (and scare) the public for a possible attack, or to build up the idea of the hostile ‘other’ in a number of real and fictional situations over the last seventy years. The work includes spoken word recordings from public information media, oral history, archival news, texts and field recordings from specific geographical sites.

About The Contemporary Practices of Writing Creation for the Stage Colloque International: “This event is based on creating a search conducted at the University of Quebec at Chicoutimi between 2013-2016 by the Chair of Research Canada "sound dramaturgy at the theater" on the sound and performative approach to playwriting. We realized in enjoying the conceptual diversity of performance (digital, installative, in situ, poetic, political), contemporary theater connected to the living arts displays emancipation processes that mark a taste for ambivalence or even a kind of indistinct. This mutation leads the author, actor or director to change the practice and understanding of the text, upsets the notion of narrative textuality understood as entity and frozen as permanent dramatic structure. The practices are overflowing, and a dramatic view of the text is ultimately too limited. As already noted by Michael Kirby (1987) through an opening in the performative, the dramatic text is freed from the "mimetic acting", creating an unstable relationship between its theatrical semiosis and sound texture. Similarly, Schechner, through its concept of environmental theater, defended fed a process of subjective experience of immediacy, of it happens as much in the design of the text and its presentation to the viewer. What Danan (2013) confirm that by showing the author in his search for the "living" moves the function and nature of the text within the theatrical performance.”