Ensemble for Experimental Music and Theater 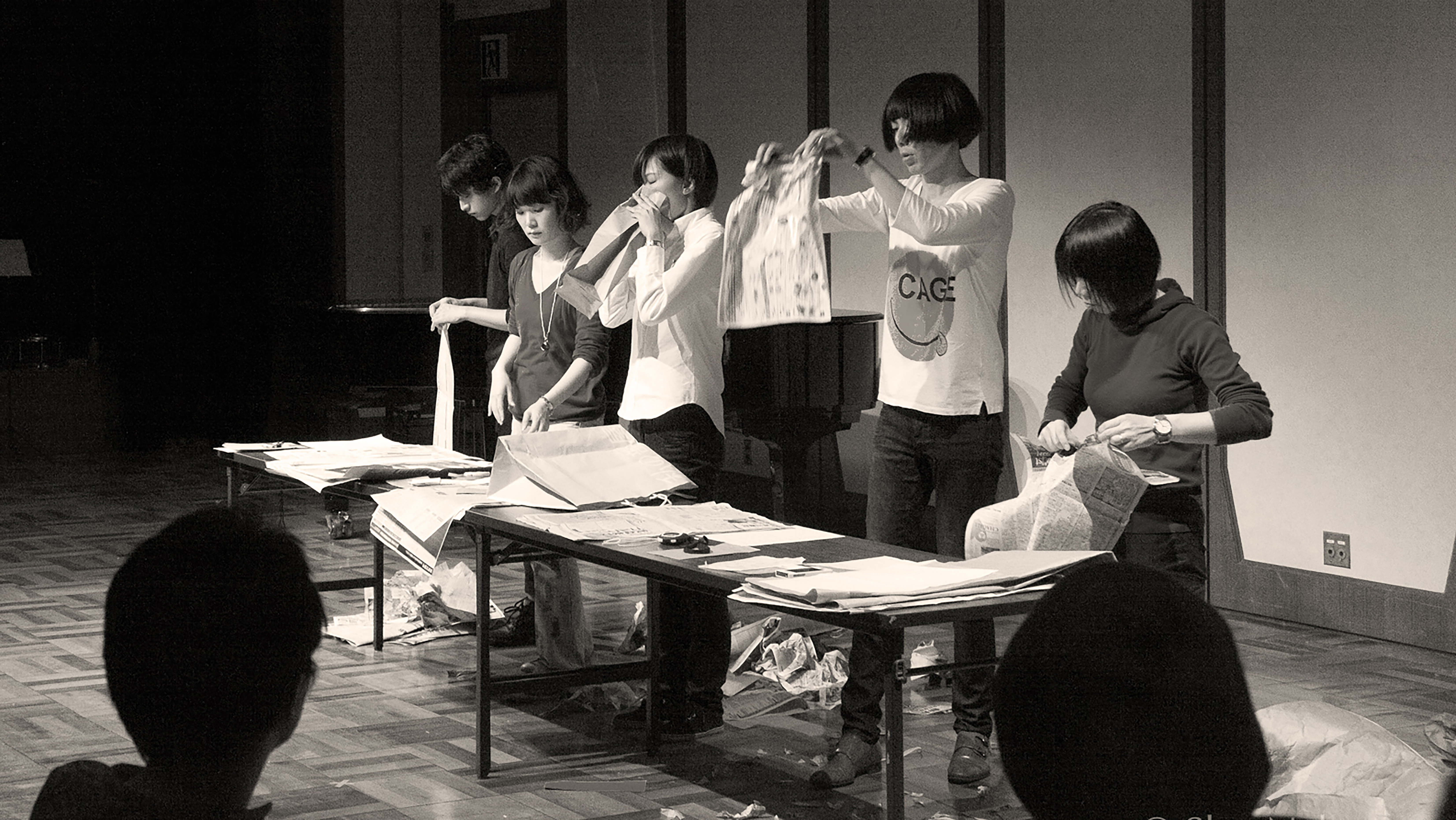 The Tokyo-based Ensemble for Experimental Music and Theater – EEMT explores questions around theatre and notation propounded by John Cage. EEMT critiques and reconstructs the genealogy of conceptualism from Fluxus, the Scratch Orchestra and earlier Minimal Music to the stream of the Wandelweiser Group. The members have various backgrounds: music, performing arts, sound art, visual arts and poetry. With self-organised concerts the group is active since 2011 and has been performing various experimental music written as text or graphic scores. EEMT also held an exhibition based on the graphic score ‘Sapporo’ (Toshi Ichiyanagi, 1962) in 2012. This program focuses on Japanese experimental music since the 1960s to the present especially works written either as text or graphic score under the influence of John Cage and fluxus.

The programe will change for each event, see the venue’s website for more information.

For full details and tickets, see the IKLECTIK website.