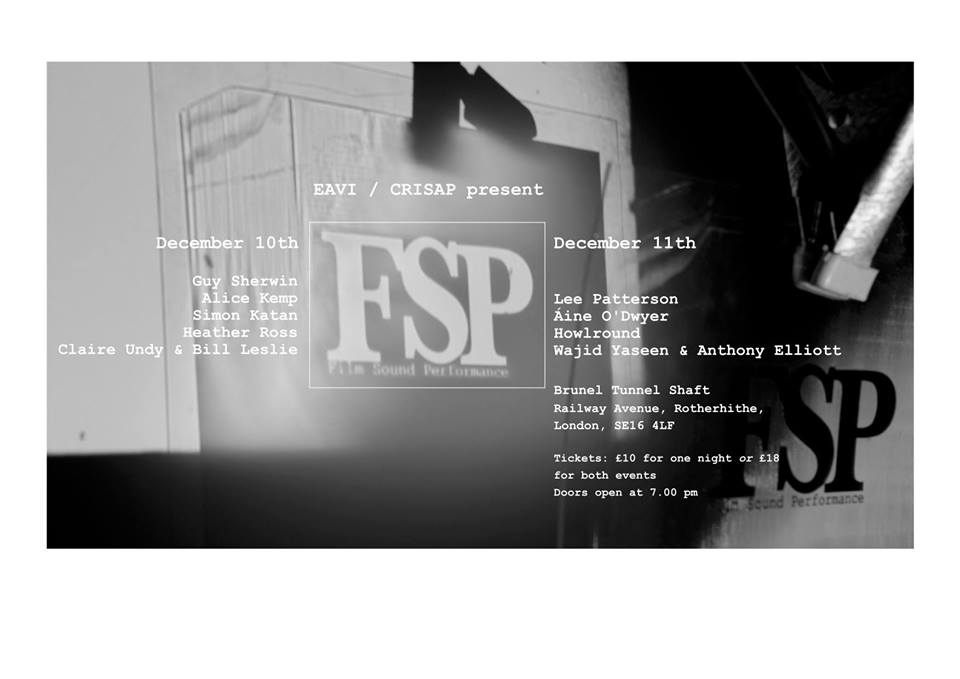 A weekend-long festival of sound and image co-organised by EAVI and CRiSAP's Rob Mullender, taking part in the Brunel Museum in Rotherhithe this December.

Join us on Saturday 10 and Sunday 11 December, when the dark and uncanny Brunel Tunnel Shaft in Rotherhithe will be filled with experimental sound, film and performance

ADVANCE BOOKING ESSENTIAL – NO TICKETS ON THE DOOR – VISIT fsp2016.eventbrite.com

Sherwin’s film works often use serial forms and live elements, and engage with light, time and sound as fundamental to cinema. His films have screened at Hayward Gallery, Whitechapel Gallery, Tate Modern and Tate Britain.

Katan is a digital artist with a background in music and a strong preoccupation with games and play. His work incorporates hidden mechanisms, emergent behaviour, paradox, self-reference, inconsistency, abstract humour, absurdity and wonder.

Ross is concerned with how human experience is mediated, by exploring the tensions between reality and representation. How do the technologies of reproduction and representation affect the way we understand the world through our senses?

With a background combining Irish traditional music and contemporary performance, Áine O’Dwyer creates multi-layered, experiential work that begs questions of historicism and the social proximities of the everyday, as well as the presumed nature of records themselves. For this DJ set, she will play her collection of field recordings, drawing on her knowledge of the acoustics of the Brunel Tunnel from her two year residency there.