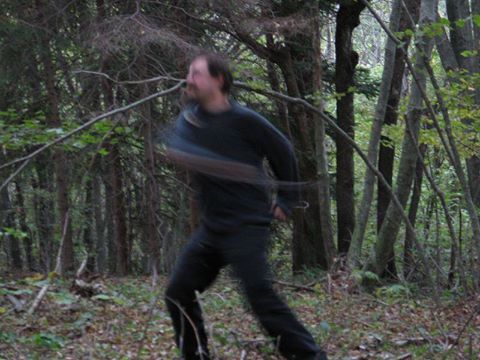 Patrick McGinley (AKA murmur) will be presenting, in the context of his approach to field recording and environmentals at large, sounds and images from the RäpinPapermill, the oldest continuously-operating industry in Estonia, where he has been recording and filming extensively over the past few years for various projects, in particular the upcoming documentary film 'The Mill' with collaborator Daniel Allen.

Patrick McGinley is an American-born sound, performance, and radio artist who has been based in Europe since 1996. Since then he has been building a collection of found sounds and found objects that has become the basis of all his work. In 2002 he founded framework, an organisation that produces a weekly field recording themed radio show, broad- and podcasting around the world. In 2005 he first visited southeast Estonia, and relocated there permanently in 2009. Most
recently McGinley has been giving presentations, workshops, and performances based on the exploration of site-specific sound, and sound as definition of space. In live performance his interest in field recording has developed into an attempt to integrate and resonate found sounds, found objects, specific spaces, and moments in time, in order to create a direct and visceral link with an audience and location.

Murmer’s work is about small discoveries and concentrated attention; it focuses on the framing of the sounds around us which normally pass through our ears unnoticed and unremarked, but which out of context become unrecognisable, alien and extraordinary: crackling charcoal, a squeaking escalator, a buzzing insect, or one’s own breath. He works equally with spaces, objects, resonances, and people, in composition, performance, or simply collective action and experience, in exploration of perception via attentive listening.