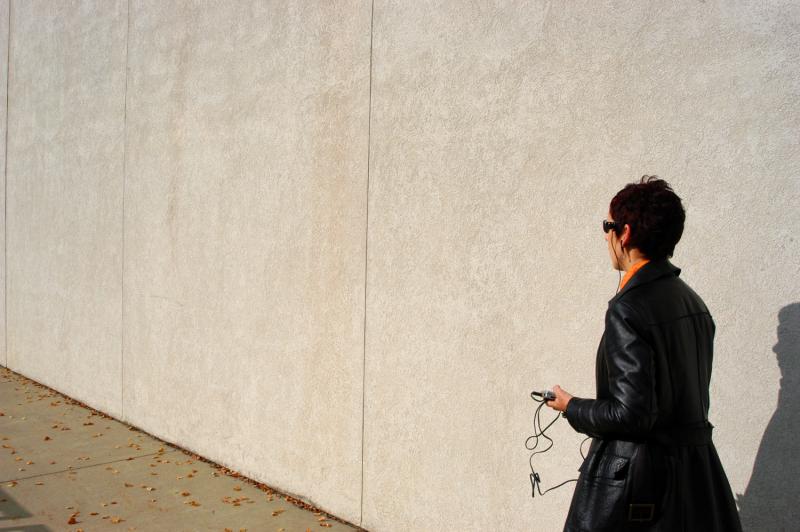 Viv Corringham will be presenting her ongoing series “Shadow-walks”, which includes vocal improvisation, environmental sounds and conversations. It is concerned with regular walks that people take in their home towns and how these might connect them to their "sense of place.” If a person walks through certain places repeatedly, along the same route, does that act of walking impose a trace that can be mapped across time and space? In a sense Shadow-walks is an attempt to make a person’s traces, their shadow, audible through my singing, improvising voice.

So far the project has occurred in twenty one places in the USA, Canada, Europe, Australia and Asia. I will describe how the work began and how the presentation of it has evolved through its twelve year history: from CD audio walk to stereo gallery installation, to iPhone app and recently to multiple channels and live performance.

Viv Corringham is a British vocalist, sound artist and composer, resident in New York. Her work includes performance, installations, radio and soundwalks. She is a 2012 and 2006 McKnight Composer fellow through American Composers Forum. She has an MA Sonic Art from Middlesex University, London, UK and teaching certificate for Deep Listening from Pauline Oliveros. She was a 2015 artist in residence at Harvestworks Digital Media Arts, New York.

Articles on her work appear in Organised Sound (UK), In the Field (UK), Art of Immersive Soundscapes (Canada), Musicworks (Canada), Catskill Made (US), Playing With Words (UK) and For Those Who Have Ears (Ireland).