Guido Tattoni earned his BA in Recording Arts with First Class Honours and his MA in Creative Media Practice at Middlesex University (London). Later on, he also graduated in Computer Science at Politecnico di Milano.

Since 2003, he has been working as a professional sound engineer, collaborating with artists and production companies at national and international level.

From 2003 to 2015 he worked in a variety of academic positions in the field of Sound at SAE Institute and in 2015 he moved to Nuova Accademia di Belle Arti (NABA) as the head of its Design and Applied Arts Department, also teaching Sound Design in its BA in Media Design and Multimedia Arts.

In his teaching practice he finds blurring the boundaries between art and science particularly inspiring and challenging. 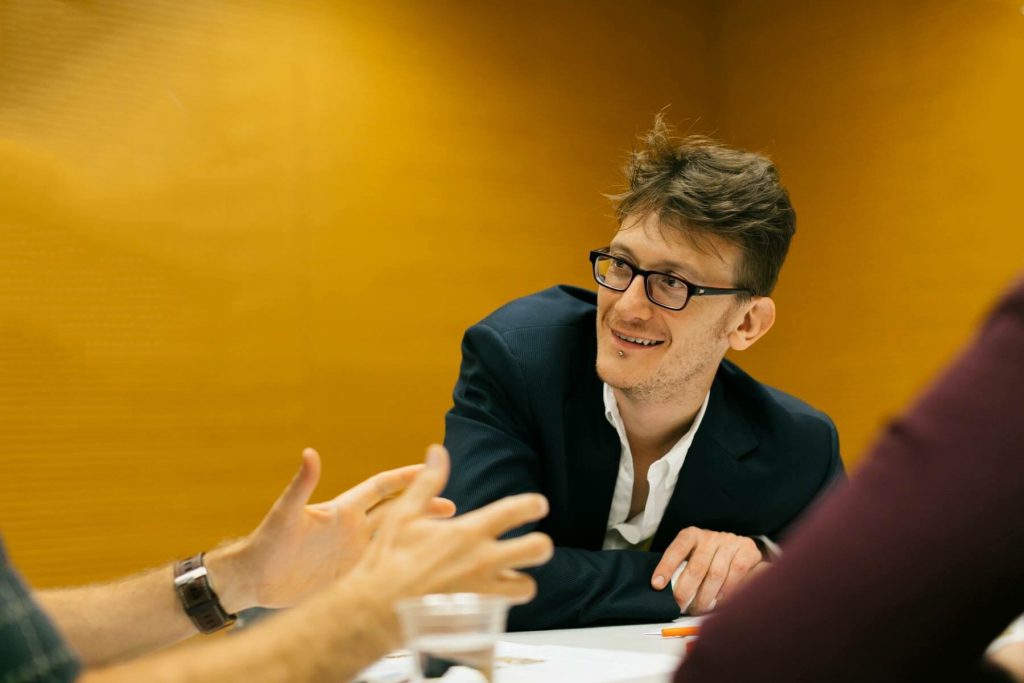 The language of sound: real-time translation of dance into music

What are the consequences of treating the process of music composition in terms of translation from dance movements?

The project focuses on the relationship between dance and music: more specifically, it aims to investigate how employing the tools of linguistic studies can lead to a new perspective looking at such a relationship. It will therefore build on the theories that analyse contemporary dance and music within a linguistic framework.

The overarching aim is to understand how analysing movement in terms of natural language and translating it into music affects the compositional process. Within this framework, a digital system will be devised and implemented. Such system will be able to compose original music from body movements in a performative environment in real-time.

The research is mainly focused on sound, its generative process, and its expressive powers, but it spans across different subject areas such as: contemporary music composition, sound processing, software and hardware engineering, contemporary dance and choreography, and includes elements of kinesics, linguistics and philosophy of language.