Kate Carr's work is centred on investigating the intersections between sound, place and subjectivity. As part of this work she has ventured from tiny fishing villages in northern Iceland, explored the flooded banks of the Seine surrounding a nuclear power plant, recorded in rural South Africa, and in the wetlands of southern Mexico.

Her work has been featured in The New York Times, The Wire, The Quietus and The Guardian. It has also been played on the radio on stations ranging from various channels of the BBC, to independent stations in Estonia, and can be found on the labels Helen Scarsdale (US), Rivertones (UK), Soft (France) 3Leaves (Hungary) Galaverna (Italy) as well as on her own label Flaming Pines.

Kate is Australian and lives in London. 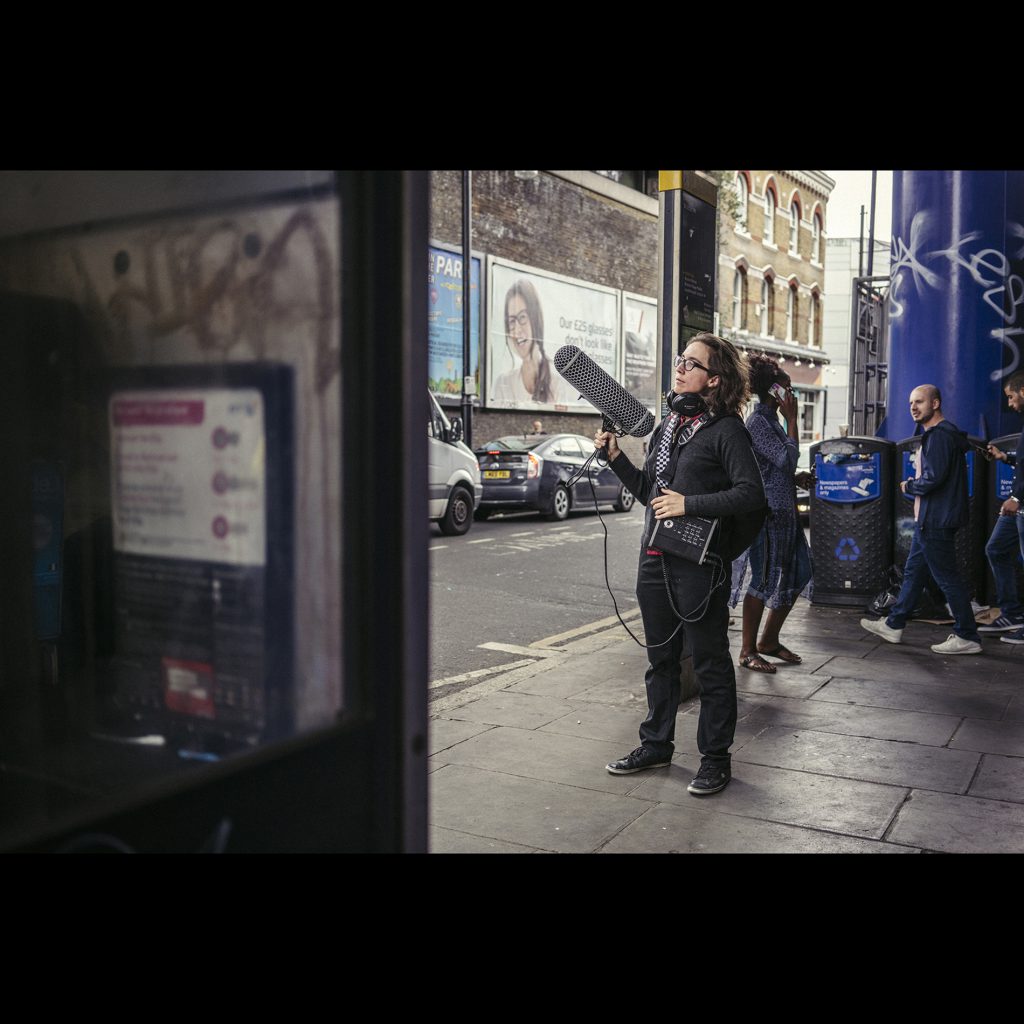 This project will use field recording, interviews and listening exercises to test what a focus on sound can bring to investigations of two contested sites, Brixton and Belfast. Contestation is defined in these urban contexts as a struggle over what and who belongs where, (Fraser 2008), and is positioned as a conflict over the who, what, how, and where of urban politics (see Klodawsky, Siltanen & Andrew 2013 p544). Drawing on two largely separate fields of study: urban geography and sound theory, the project positions a sonic focus as a new means of both analysing and approaching contested sites. In Belfast contestation has taken the form of a historically violent struggle between Catholics and Protestants over the status of Northern Ireland within the United Kingdom. This struggle has resulted in the often consensual construction of more than 100 barriers, referred to as 'interface zones', in the capital, which divide Catholic from Protestant communities. These zones, which are prominent arenas of conflict in Belfast, are often gated, and at times of conflict these gates are closed in order to separate Protestants from Catholics. In Brixton contestation is perhaps more diffuse, and has occurred across many sites and centered on many issues historically including policing, housing, and economic inequality. Today tensions largely centre on debates over the area’s character and composition. I have lived in both Belfast and currently in Brixton, and my intention is to pursue this research from the position of an invested, listening inhabitant in these communities. The contrasts between Brixton and Belfast, one formally divided, the other informally, one with prominent and mapped sites of conflict, the other with more mobile and diffuse areas of tension will allow for a nuanced investigation into the central theme of this project: an analysis of what a focus on sound can bring to understanding and experiencing and potentially re-imagining sites of contestation.