Maria Papadomanolaki is a Greek artist who works within the fields of sound design for dance and film, networked performances, exploratory workshops, installation and transmission art. She has a background in literary and sound studies. Since 2009, she has been releasing electronic music across a variety of labels and collaborations. In 2007, she received an award by the Nagoya University of the Arts, Japan for her interactive voice composition entitled STOMA. 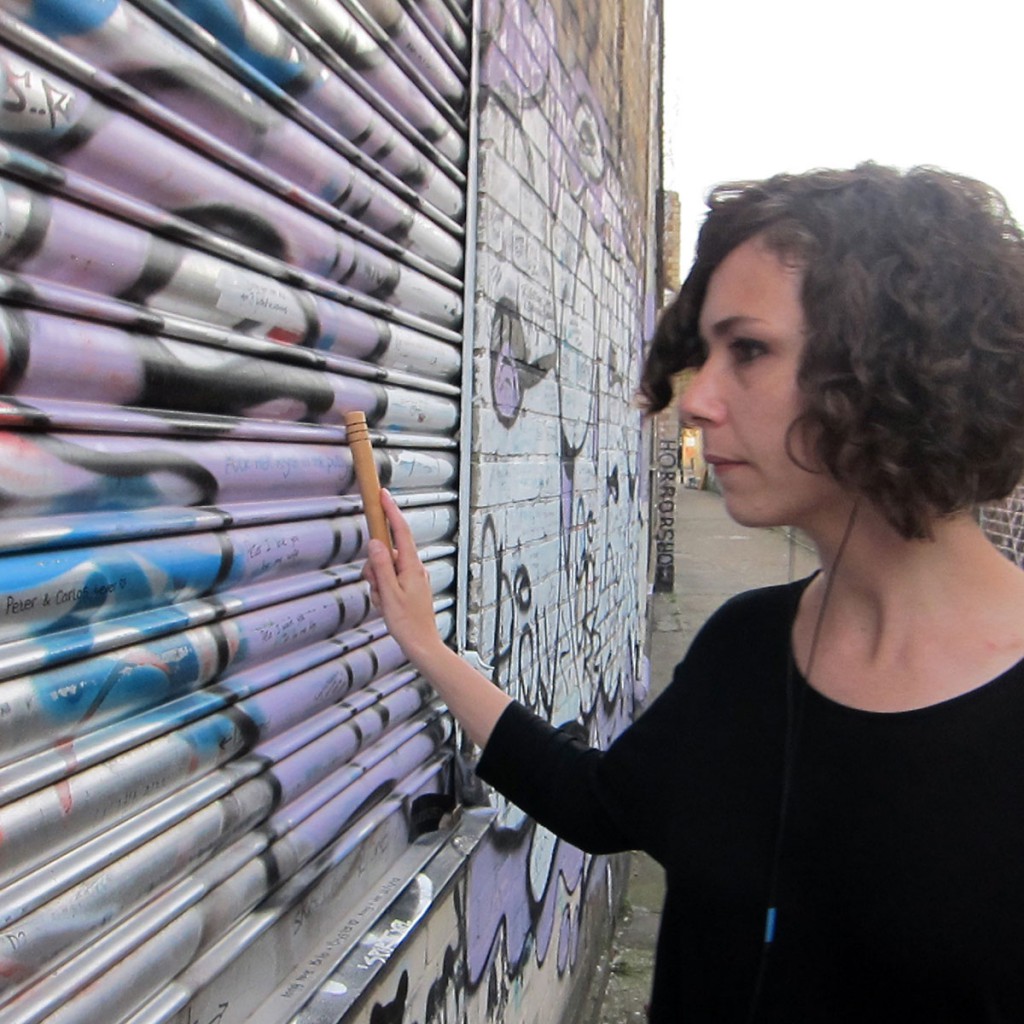 My main research focus stems from the need to develop new strategies for opening up and re-exploring spaces of high mobility and change. To my personal experience both as an artist and as a city dweller, these sites are central to our lives within the urban environment but, nonetheless, remain transient by design.

In doing so it brings together a refined suggestion of the dérive, Gernot Boehme’s notion of the atmosphere and Kevin Lynch’s idea of the node by critically enriching them with Tim Ingold’s concept of the ‘meshwork’ and Bachelard’s concept of the ‘seep through’. This cluster of ideas becomes important for the creation, within these spaces, of what I am referring to in my practice as a sonic perceptual ecology. This is a process that moves back and forth between the solitary and the collaborative. Within it, sound plays a significant role as a mediator of dialogue across different registers of perception.

Through closely listening to the different outcomes of my practice, I came to believe that we are instinctively connected to our environments through our voice. Our thinking- and speaking-voice is, more than anything else, a polyphonic entity and a chain of human and non-human utterances (Mikhail Bakhtin); we become who we are in sound and through others.