Aral Sea Stories explores the question, “What can we learn of water uses and abuses by listening to their sounds?” and concerns the near extinction and partial restoration of the Aral Sea in Central Asia over the last sixty years – a story of destruction, but also of hope.

In 1960 the Aral Sea in Central Asia was the planet's fourth largest lake. Today it has almost disappeared; a victim of massive, water hungry, Soviet created irrigation schemes, that continue to extract too much water from its vital source rivers far upstream. It is one of the most significant environmental catastrophes of the 20th century and little known. However, the story is not only of loss. Since independence, Kazakhstan, supported by the UNEP and the World Bank, has attempted to restore the North Aral, about 10% of the sea within its territory. Rising water levels and the rebirth of the fishing industry are today bringing obvious improvements to the local ecology and economy. These successes, albeit partial, show that even major environmental damage can be reversed given sufficient resources and political commitment. It is a much needed positive example in the climate crisis debate and in the reconsideration of our relationship to the environment and the non-human world.

The Aral Sea is the end point of the vast watershed formed by Central Asia’s two great rivers, the Syr Darya and Amu Darya, that rise in the Tien Sian and Pamir mountains on the borders of China and Afghanistan and flow thousands of kilometers through five countries (Kyrgyzstan, Tajikistan, Uzbekistan, Turkmenistan, Kazakhstan) each with differing water requirements, before reaching the Aral basin. The state of the Aral Sea is the consequence of all that happens to these rivers on the way. Major hydro-electric dams, huge cotton and other agricultural plantations, international agreements and disagreements over water rights combine with countless industrial and domestic needs to determine the overall impact. It is an impossibly complex, ever evolving, eco-system where physical geography and climate interact with the culture, politics, history and economic beliefs of the peoples who inhabit and control this fascinating part of the world. And today, as everywhere, the additional effects of global climate change are also being felt.

Since 2013 Peter Cusack has made three field trips – springtime and deep winter - to the Aral Sea in Kazakhstan and one to the River Naryn (a principle source river) in Kyrgyzstan to observe, record and talk to people about the impact of water use and abuse on the region’s environment and inhabitants. The focus was as much on sea’s restoration as on its disappearance. Hearing and listening were the primary methods of investigation. Much material was collected – audio, photos, video, interviews, scribbled thoughts and found objects. Sounds range from the drip of melting snow in high mountains to Aral waves hissing through reeds, people’s voices and songs, fishermen at work, ancient waterwheels, busy village and urban atmospheres, unbelievable camel cries, wildlife, winds, thunder and tinkling, clicking ice.

The project has multiple outcomes – talks, presentations, installations, videos, performances and concerts. In 2019 the LP Aral Sea Stories and the River Naryn was released on Corvo Records, Berlin. But much remains unreleased. 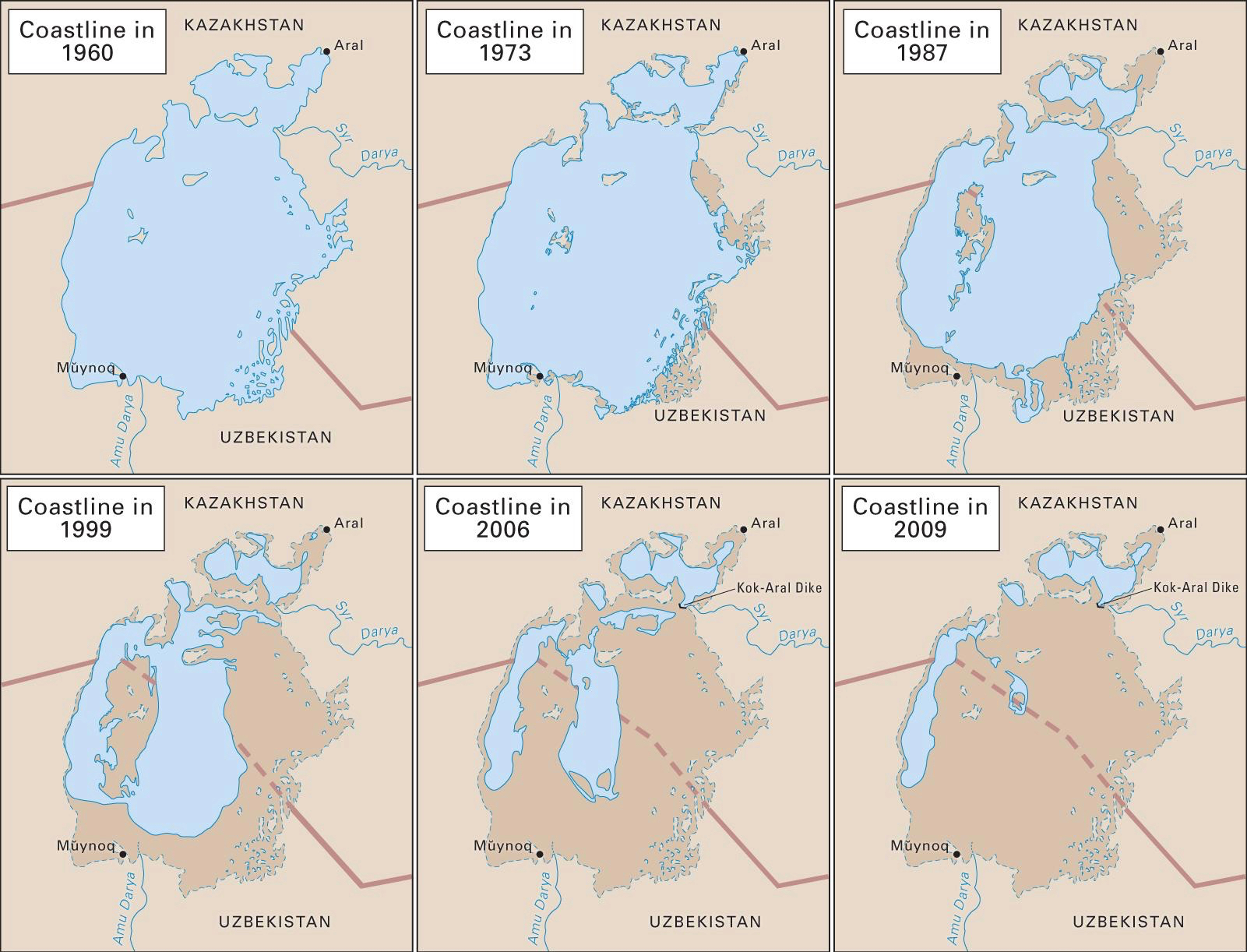 Images of the Aral Sea

Images of the River Naryn, Kyrgyzstan 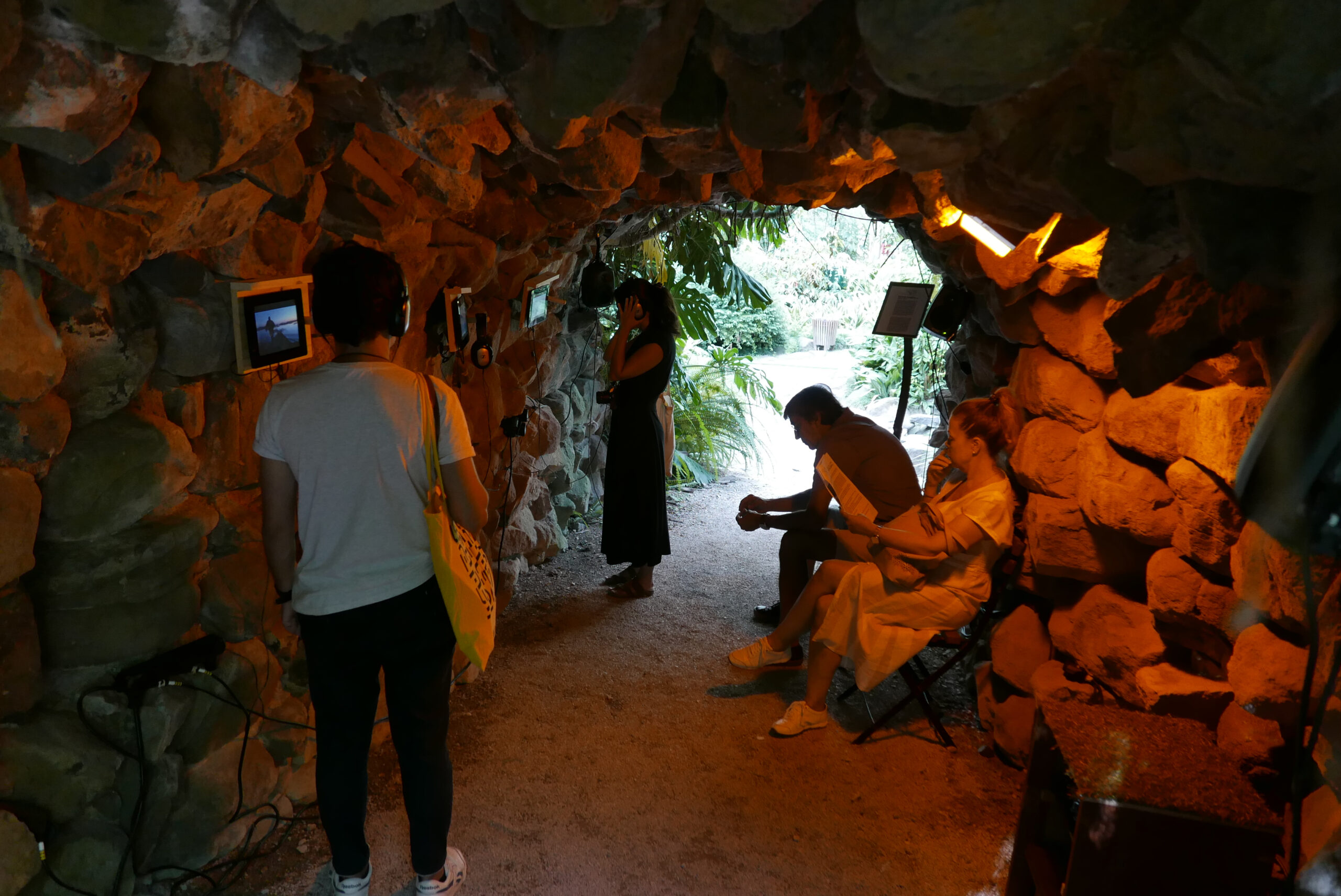