Seven specially commissioned artworks will be exploring and contributing to the sonic places of Elephant & Castle. Locate them in the streets, on benches, in phone boxes or on twitter - join them in sounding out the built environment, through 'living statistics'; by listening for underground tunnels; listening through bodies or by trying to not listen at all. 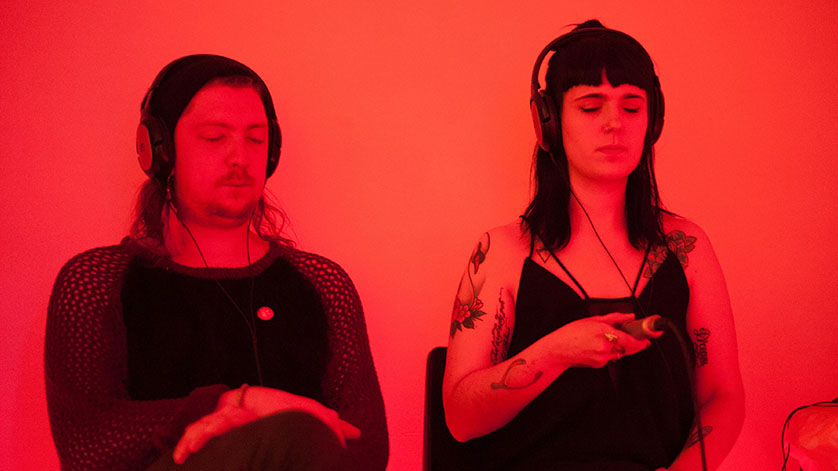 Take Another Little Piece of My Heart

Take Another Little Piece of My Heart is a 5 minute, one-to-one performance that intimately explores our awareness of the sounds that surround us in public spaces and city landscapes, and how we negotiate our connection with ourselves within them.  In this perfromance Alicia and each participant sit together listening to the sound of her heartbeat and the ambient surroundings. Through this, Alicia asks us to consider how by taking a brief moment to actively listen to our internal and external sonic landscapes, we can find ways of grounding ourselves whilst navigating life in busy urban cities.

Alicia Jane Turner is a composer, performance artist and violinist in London working across live art, theatre, and contemporary classical music. Her practice focuses on the vulnerability and intimacy of sound and live music performance, using compositions and visceral, immersive sound design to ask questions about physicality, mental health, identity and healing and explore the relationship between the internal and external body.
www.aliciajaneturner.co.uk 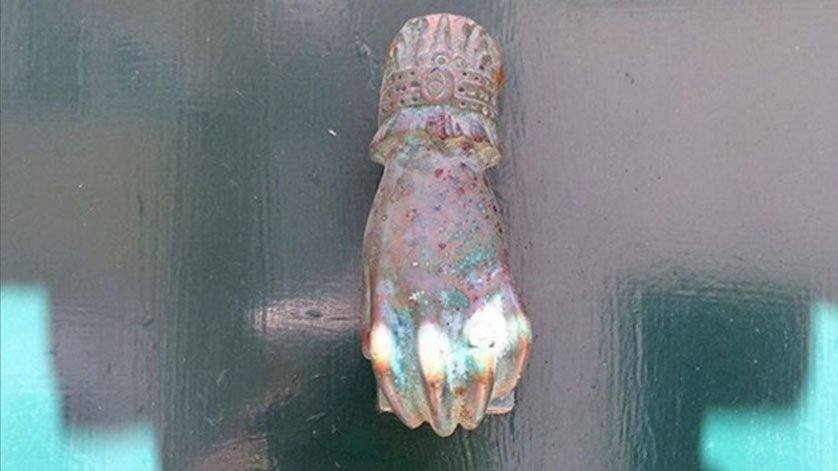 Is it possible to stop and listen to the roses? Tinysound is a sound-based Instagram experiment by artist Brigitte Hart which uses simple poetic narrative to explore the sonic properties of urban and other environments. For Urban Sonic Places, '@tinysound' will takeover the CRiSAP Twitter account between 11am-2pm, sourcing locations and moments of interest to create a sonic portrait of urban life in and around Elephant and Castle.

Brigitte Hart is an Australian-born sound and performance artist currently based in London. Specialising in voice, violin and environmental recordings her work spans experimental improvisation, installation, composition, production and sound design. Brigitte has developed installations and performed with The Sound Portal, The Tate Modern and Tate Britain as well as The Barbican with sound design for a short film featured at the New York International Film Festival.  Brigitte has been the recipient of the Australian Art Start Award as well as the Freedman Foundation Travelling Scholarship. This has seen her partake in specialised workshops with environmental recording pioneer Chris Watson (BBC, David Attenborough) and performance artists Zierle and Carter. She also undertook a mentorship and has performed with David Toop at institutions such as The Whitechapel Gallery and The London Contemporary Music Festival. Most recently Brigitte has travelled to the Limpopo region of South Africa to take part in a sonic art residency & workshop with experimental artist and ecologist Fransisco Lopez. 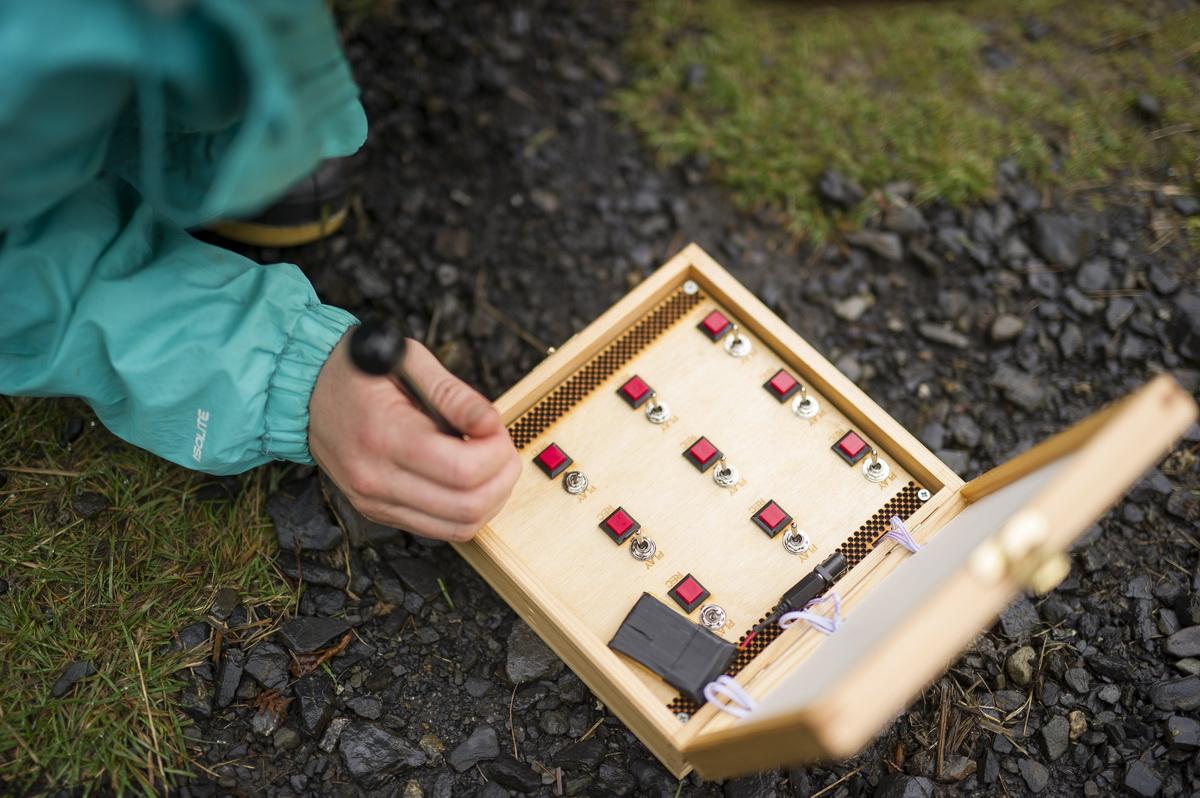 The Composition of Urban Material & Surface

Like most urban environments the area around Elephant & Castle is composed of a variety of materials, surfaces and spaces. The workshop aims to explore the resonant properties of these materials, surfaces and spaces by recording and performing on a series of devices built by the artist. Most modern recording technology allows the user to remain distant from the source material, often as an eavesdropper or sonic voyeur. In this workshop the devices require us to be intimate, interact with the area and share an experience. Participants will be shown simple in the field sound editing, audio manipulation, creative use of different resonant space, building simple rhythms and found soundscapes. Record then play, the emphasis is always on play.

David Bloor is an artist and musician who graduated with a Masters in Sound Art from The London College of Communication in 2015. He is interested in how people respond to limitations, each other and their environment. Work includes installation, performance and recordings with releases for labels 'Linear Obsessional' - London, 'Game of Life', - Athens and a forthcoming release on 'Soft Error' - Scotland . He works with field recordings, kinetic sculpture, analog assemblage, modular synthesisers and self built instruments. Recent work includes '24hr Community Composition' a piece commissioned by Sanctuary Lab 2017 in the Galloway Forest, music for 'A walk back to the last London by way of Watling Street' a film by Andrew Kötting and Ian Sinclair. He is currently an APT graduate studio award winner and co curated the APT summer exhibition 'Touchstone'. Recent performances have included a solo performance/lecture titled 'psychogeographical mapsplaining', a duo with Rie Nakajima at 100 years gallery and a trio with David Toop and Rie Nakajima with a performance titled 'Tradjectory' as part of the Deptford X 2017. 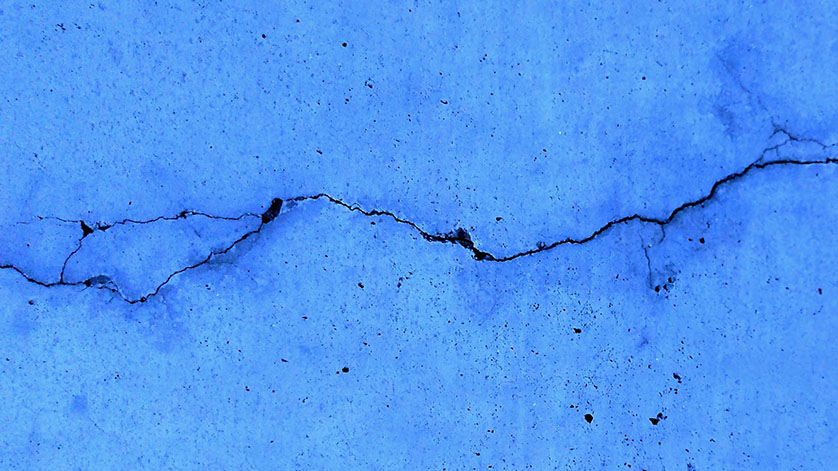 T_h_reading the labyrinth is an audio walk tracing the mesh of historic pathways that lie beneath the traffic system outside the College. On 2 February it will be just over two years since the last entrance to the pedestrian subway at Elephant & Castle was blocked and the tunnel system below the roundabout sealed for ever. Yet the “Bend” which has replaced the old roundabout remains the site of gridlock and accidents. In t_h_reading the labyrinth, listeners – paying due respect to the 21st‑century gods of health & safety by only ever crossing on the green man – walk as far as possible the circuit of the old labyrinth above ground. Interspersed with a collage of sounds recorded in various other tunnels below London, the voice of Ariadne gently forges connections between the listener and the passages beneath their feet, reading, treading and re‑threading an ancient subterranean network beneath the city and attempting to rekindle its power.

Debbie Kent works as half of collaboration The Demolition Project, formed with Russian artist Alisa Oleva in 2013, making work around walking, listening, instructions and the city. The Demolition Project has made walks, workshops, audio walks and other work for festivals including Big Noise, Yardlife and Hackney WickED in London (2013), B_Tour in Berlin, Belgrade and Vilnius (2014, '15 and '16), Emergency in Manchester (2015), the Urals Industrial Biennial in Ekaterinburg (2017) and Compass in Leeds (coming in 2018) and for galleries including GRAD and Calvert 22 in London and Garage in Moscow. She is also involved with radical geography network Livingmaps, facilitating workshop groups and performing at the Museum of London's London Aftershock Salon, and is undertaking a practice‑led MPhil/PhD at Goldsmiths on audio walks and urban transformation. In the past she has written plays for Radio 4 and for theatre as well as short films and performed with improv collective Danger 11.000v. 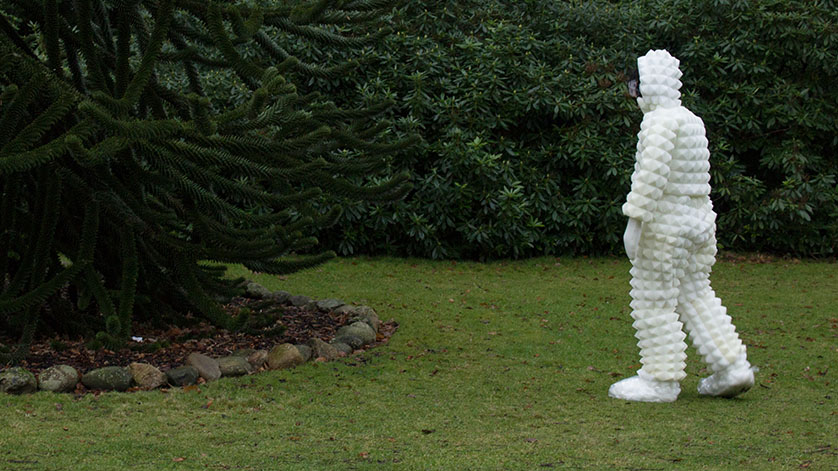 What happens when we decide to create a work of sound art, but not to augment the existing soundscape with new noise? In this performative work Maja will walk in a white suit, covered and prepared with sound-proof panels. Additionally she will wear noise dampening headphones and earplugs. Soft padding throughout the suit will not just help in reducing the sound that she hears, but also the vibration that she experiences. The resultant full body experience of sound will be dealt with by treating nearly the whole of my body, and leaving just part of her face and eyes uncovered. Although this is a solo performance, visually, the presence of the Silencer suit will be very noticeable, and the audience will question the aims of a visibly unusual outfit. The work poses a tricky duality between the desire for anonymity within an urban crowd and being a visible point of conversation whilst immersed in silence.  In addition, the work suggests a new version of “sonic activism” in form of reducing the amount of noise in our environment by wearing sound absorbing clothes.

Maja Zećo [Maya Zecho], originally from Sarajevo (Bosnia and Herzegovina) is interested in ways in which soundscapes shape our sense of place, belonging and identity. Her practice spans art performance, live art, and audio-visual installations. Amongst other approaches, she explores sonic phenomena through performance art; work which is contextually informed, and embodies the layered complexities of gender and personal history. Maja Zećo is a Ph.D. researcher based at Gray’s School of Art, Robert Gordon University, supported by the Sonic Arts Programme of the University of Aberdeen, and Sound festival. Her project entitled Placing Sound: The Role of Aurality and Visuality in Locating Identities is funded by the SGSAH (Scottish Graduate School for Art and Humanities), with an Applied Research Collaborative Studentship. Some of her recent public outputs were: Lecture-performance Placing Sonic Dialogues at the Sound Thought conference (Glasgow, April 2016), the performance piece Hold in/Breathe Out, Sonada festival (Aberdeen, September 2016); a solo exhibition and performance Grains of Sound (Woodend Barn, Banchory, October 2016), the performance One Thousand Pomegranate Seeds (Perth, Horsecross Visual Arts, March 2017) and a presentation at the  Sound of Memory Symposium (Goldsmiths, London, April 2017). 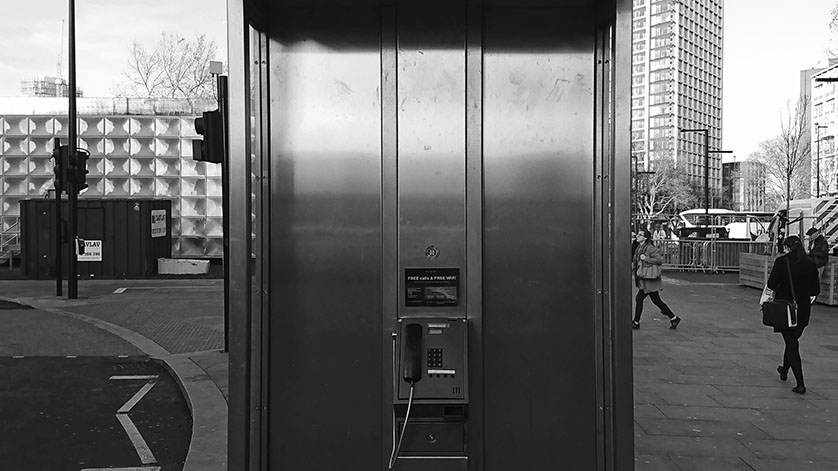 Pick Up is a intervention for one listener at a time. It will be encountered in the phone box directly opposite LCC. As the listener approaches, the phone rings and offers an intimate encounter, mixing ‘real’ sounds and actions of the street with fictions drawn from cinematic scenes on public phones, as a momentary reframing of public space. The antiquated technology of the phone box allows for an interplay of fictions and storytelling within a wider sonic landscape of cars, people and actions.

Richard Allen is Lecturer in Fine Art at the University of Worcester. He has a PhD in Performing Objects from Aberystwyth University and recently co-edited an edition of Performance Research On Anthropomorphism and written an article on Katrina Palmer’s site-specific audio walk The Loss Adjusters for an issue of the Theatre and Performance Design Journal (Routledge) on ‘good vibrations’ in sound design. His performances have been shown at The National Review of Live Art (Glasgow), Kunstverein am Rosa–Luxemburg–Platz (Berlin), University of Buffalo Department of Art (New York), Mayfest (Bristol), and Chapter Arts Centre (Cardiff). 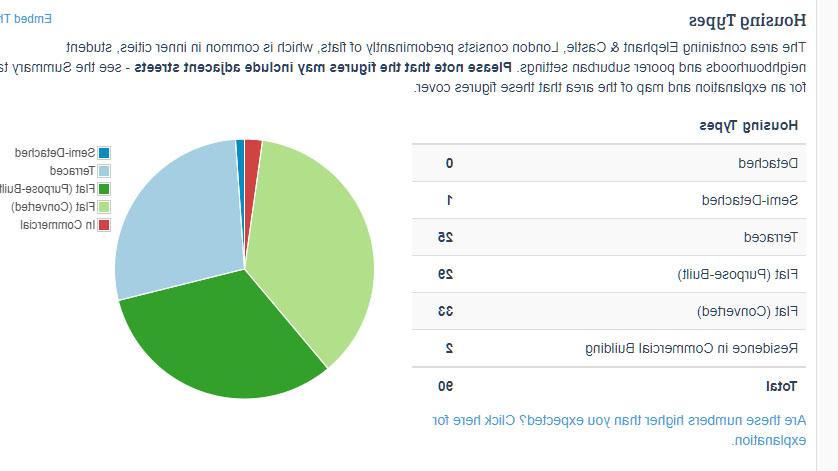 A census helps governments form policies, businesses target customers, charities fight for social welfare needs and academics and artists find areas of scrutiny. But the onslaught of cuts affecting people with disabilities, families of various configurations and people wanting to leave the renting market leaves the distinct feeling that something might be getting lost in translation. The numbers are either wrong or being ignored, so in an attempt to create a moment of solace, Sense Us takes the binary data produced by census data of the SE1 6SB area (gender, ethnicity, passport held, employment status) and injects ‘living statistics’ comprising voices and sounds from the community and city environment. Sense Us is a pre-recorded piece bringing together personal narratives, statistics, readings of policies and field-recordings of the area. This simple combination, including the live sounds present when hearing the piece, will counter and confirm the characters behind and within the numbers in this playful sound piece.

Shanti Suki Osman is an artist, educator and researcher. She works in songwriting, sound art and radio to explore identities, privilege, cultural commodification and appropriation, feminism and decolonisation. With Late Nights In Squat Bars she curates festivals and group shows. In the radio show Hidden Stories (colaboradio, 88,4), Shanti presents stories and music about activism and arts from lesser known sources. Recent commissioned projects include the song and listening performance Skewed (English Theater Berlin, April 2017), Hidden Garden Stories for Datscha Radio (August 2017) considering the garden as a site of remembrance and loss amidst colonial continuities and the radio play and group listening session Hidden Library Stories: Margaret and Nasreen for sonntagsbureau (January 2018). Shanti was awarded the DISTRICT BERLIN Studio Grant  2017 II and teaches the seminar ‘Decolonial Sound and Radio Art’ at Braunschweig University of Fine Art.