Sound Matters brought together an interdisciplinary community working in the creative use and re-use of sound specifically field recordings and speech. Our aim was to create together a framework that facilitates the interrogation and relational playback of sound in its own terms. We envisioned the framework as a ‘Listening-Led Environment’. The video shows the initial stages of the project (three months) in which we invited the community to share stories via interviews, an online gathering, and to reflect on and engage with algorithmic processes and the nature of archives during the last activity: a co-design workshop. These run in parallel to a technical review of the latest Open Source technologies for Interrogation and Relational Playback. Now this initial idea has evolved in a research on ‘Interfaces for Relational Listening’.

Angus Carlyle & Chiara Caterina: Into The Outside. Duration: 12’20’’

“Here darkness is not the absence of light (of sound) but absorption into the outside,” Georges Bataille. Into The Outside is a meditation on the nocturnal world of Campania in South Italy. Nature is there in the fireflies, bats, frogs, crabs, running water and plants but there are also the huge industrial structures of the wind turbines: each individual mast flashes a red light and seen en masse the fans resemble a constellation brought to earth. The atmosphere is presided over by a rising moon viewed from different locations.

Chiara Caterina is an independent filmmaker currently enrolled at Le Fresnoy Art School in Lille, France. She makes films related to a personal sense of landscape and loves moving images where fiction and reality meet to fabricate a brand new appearance of truth. She lives and works between Italy, Belgium and France.

Tiny Portraits is a collaborative online mapping and CD single project centred on the examination of place and memory using sound. So far it has involved 16 artists who been asked to dwell on the connections and disconnections between sound and place, representation and invention, memory and actuality. The pieces produced range from investigations of a street corner in Hanoi, a park in Tehran, fog in Siberia, street protests in Mexico, and a tram line in Budapest. Iranian multimedia artist Arash Akbari has designed the website from which all these pieces can be discovered. In listening to them you are asked to bring only some stillness and imagination, as together we create new places, connections and silences out of these traces of overlooked and forgotten sites.

The Kerala Syrian Christian community has multiple strands of history flowing through it. From the story of St. Thomas, the Syrian Orthodox rites to the European nations have all influenced the community and bifurcated it into several pluralities.

This work takes us through the imagination of these multiple histories of this community by sounding a biblical text through the possible languages that have affected it. The texts chosen from are snippets from the stories of Babel and Pentecost (both for their narrative of the multi-lingual) sounded through Malayalam, Syriac, Greek, Portuguese and English.

As the texts are sounded out, grammar is inevitably broken up and it is hard to understand. However, as Jean Luc Nancy says, ‘(w)hat secret is at stake, ... when one tries to capture or surprise the sonority, rather than the message?’  (Nancy in Listening).

Sonic journalism asks, “What can we learn about a place by listening to its sounds?” It is my belief that careful listening gives insights different from, but complimentary to, visual images and language. This piece shows one example – the opencast coal mining area of North Bohemia, Czech Republic.

Visually the first sight of such huge mines is a shock. The vast pit – its layers of yellow and brown strata exposed deep into the earth – seems endless. Everywhere the landscape has been scarred. Down below giant machines, dwarfed by the size of the mine, claw into the ground and lines of conveyor belts carry the rock to unknown destinations out of sight.

And the sound? It is not necessarily loud, but totally pervasive. In the vicinity it is almost always audible even if there is no direct sight of the mine. It continues 24/7. It enters villages, towns, buildings and homes. People who live in the area say that it is so familiar that they no longer hear it or pay any attention. This does not mean that it has no effect. It is a constant reference to the industry’s permanent impact on the region. In this installation you may only listen for a few seconds. People living nearby have no choice but to hear it all day, everyday, year after year after year.

Walking with Crickets is a digital re-enactment of an old audio trend that began in China in the Tang Dynasty (618–907). Live crickets were kept for musical enjoyment, concealed in one’s clothing in small containers, carried with the wearer throughout the day. This practice can be thought of as early form of mobile music player, a natural version of today’s iPod & headphones. Walking with Crickets has invited participants to carry recorded cricket song on walks in urban spaces, reenacting this trend. This public form of sounding and listening enables us to not only hear the cricket song as a mobile music, but also to explore how we relate to that which is around us. How do we hear the city, ourselves within in and how are we ourselves heard? The cricket song forms a sonic lens and measure around us, through which we experience our environment - can this technique make us think differently about our position and relationship to the spaces we move through, and the people that we pass?

Walking with Crickets: Cities charts a number of group and solo cricket song walks in cities across Europe.

Cathy Lane: The Ties That Bind. Duration: 17’35”. In collaboration with Tessa Brown

The Ties That Bind explores individual and global histories through the memories of successive generations. It traces unacknowledged and acknowledged convergences, similarities, and dilutions through oral history interviews conducted with four generations of the White (formerly Wajsgras) family. The accounts of the evolution of their business from its manufacturing roots in the Jewish garment industry in Poland in the early part of the 20th century to retailing in pre-war Berlin and wartime London to selling wholesale underwear to African market traders in East London in the 1980s and early

90s reveal aspects of the process of migration, cultural assimilation and how family memory is preserved and transmitted through stories and photographs....and lost.

“We are concerned here not so much with the almost natural phenomenon of identifying an enemy who is threatening us, but with the process of creating and demonizing the enemy” - Umberto Eco. Sound and language are powerful tools in the construction of imagined conflict scenarios and their aftermaths. ‘Preparations for an Imaginary Conflict’ draws on the rhetoric of war and how it has been used to prepare the public for a possible attack or to build up the idea of the hostile ‘other’ in a number of real and fictional situations. The work includes recordings from public information media, oral history, archival news, texts and specific geographical sites.

David Mollin & Salomé Voegelin: Are we staring down on a doomsday clock getting closer to midnight or merely looking out of the kitchen window? Duration: 20’30”

The work is a recorded sound walk through woods and heathland somewhere in the suburbs of London. The artist reads from a transcript of an ‘ornithological walk’ undertaken by two would-be ornithologists: one of the artists and a companion. In the original walk the two companions attempt to make sense of what is around them, using a bird guide and their own limited knowledge of ornithology, but sometimes they cannot even see the birds.  The birds follow rules and patterns embedded in their neuro-system, which the artists recreate in their navigation of the techne that envelops them in the construction of the work. Through transcription and re-iteration this birdwalk becomes a staged event, following the same linguistic and actual paths taken previously. This re-staged walk is joined by a reading of fragmented pieces of an unfinished essay by the artists, placing Vilém Flusser, Franco ‘Bifo’ Berardi and Boris Groys among the tangled trees and branches of their own writing.

David Mollin & Salomé Voegelin are Swiss-UK artists working since 2008 collaboratively as Mollin+Voegelin on projects that focus on invisible connections, transient behaviour and unseen rituals. Their work reconsiders socio-political, architectural and aesthetic actualities through the possibilities of things, sounds, voices and words, whose invisible mobility invites an individual and collective inhabiting and promotes participation.  Their work takes the form of installations that lend shape and a setting to the performances that happen within them, and which in turn expand the installative material in a temporal mode. It has been shown for example at the Kunstraum Riehen, Switzerland and at Dar Bellarj, Partner Project of the 6.Marrakech Biennale, Morocco. Most recently they have been awarded an Art and Architecture award from the Kunstkommission Bern, Switzerland, to realise a public art project in the city. www.davidmollin.net  |  www.salomevoegelin.net  |  @mollinvoegelin

The Imitation Archive [Audiovisual Edition] makes reference to digital technologies and how they rapidly become obsolete in the name of progress. During a residency at the UK’s National Museum of Computing in Bletchley Park, Parker recorded and archived over 100 sounds from the historic computer collection. The recordings act as a permanent repository for the sounds of 70 years of computing history, starting as far back as the first ever programmable digital computer, Colossus. The Imitation Archive [Audiovisual Edition] puts the ‘always on’ durational nature of computing under the stethoscope. The clunking masses of early relay based machines are juxtaposed by the whirring monoliths of the 1980’s mainframe era and the high frequency whir of modern day server units. Devices closely associated with Bletchley Park’s history of code-breaking flutter in and out, referencing stories of the clandestine operations undertaken at the park during World War II.

Word scores are being sent to the gallery daily via email. 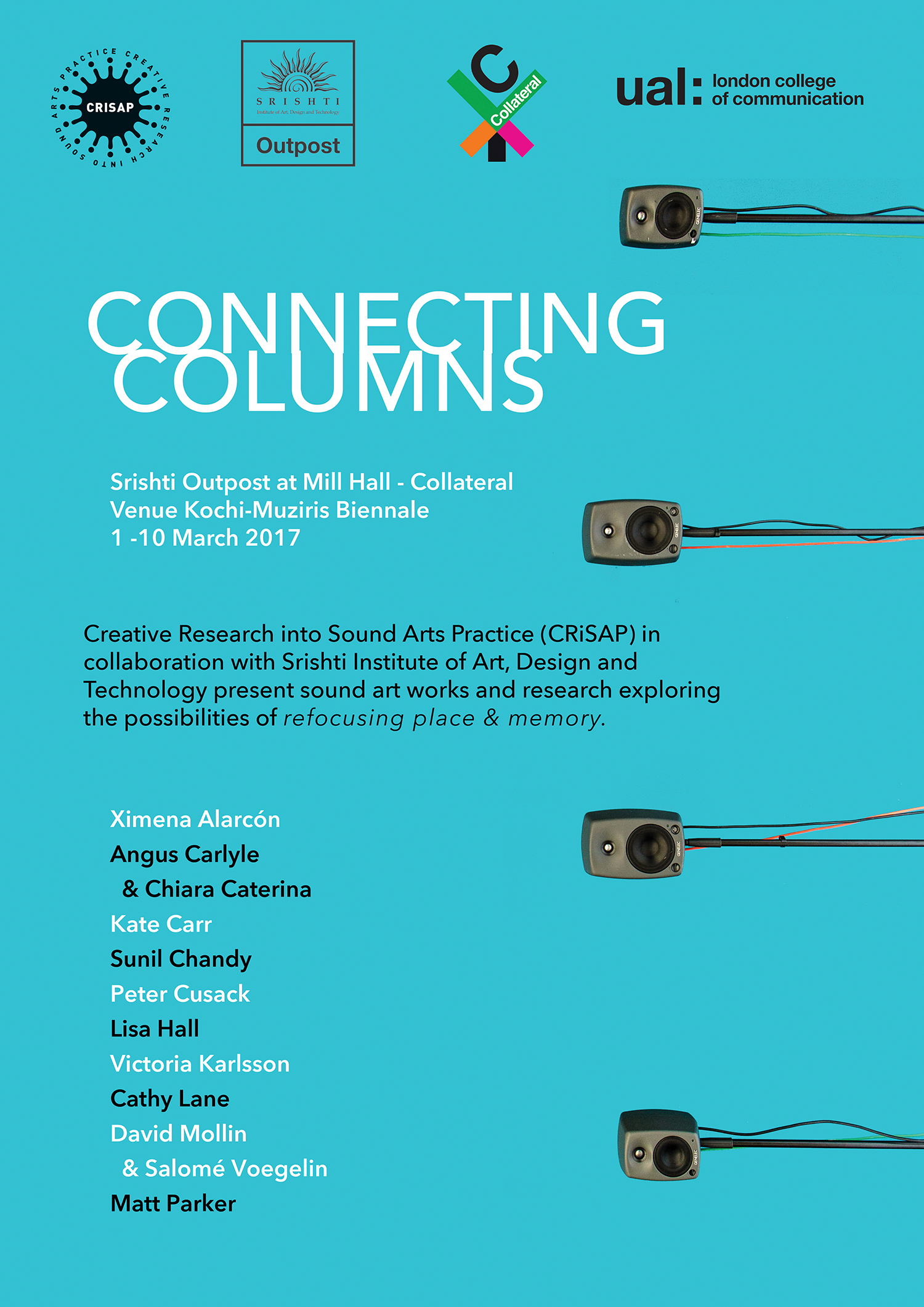 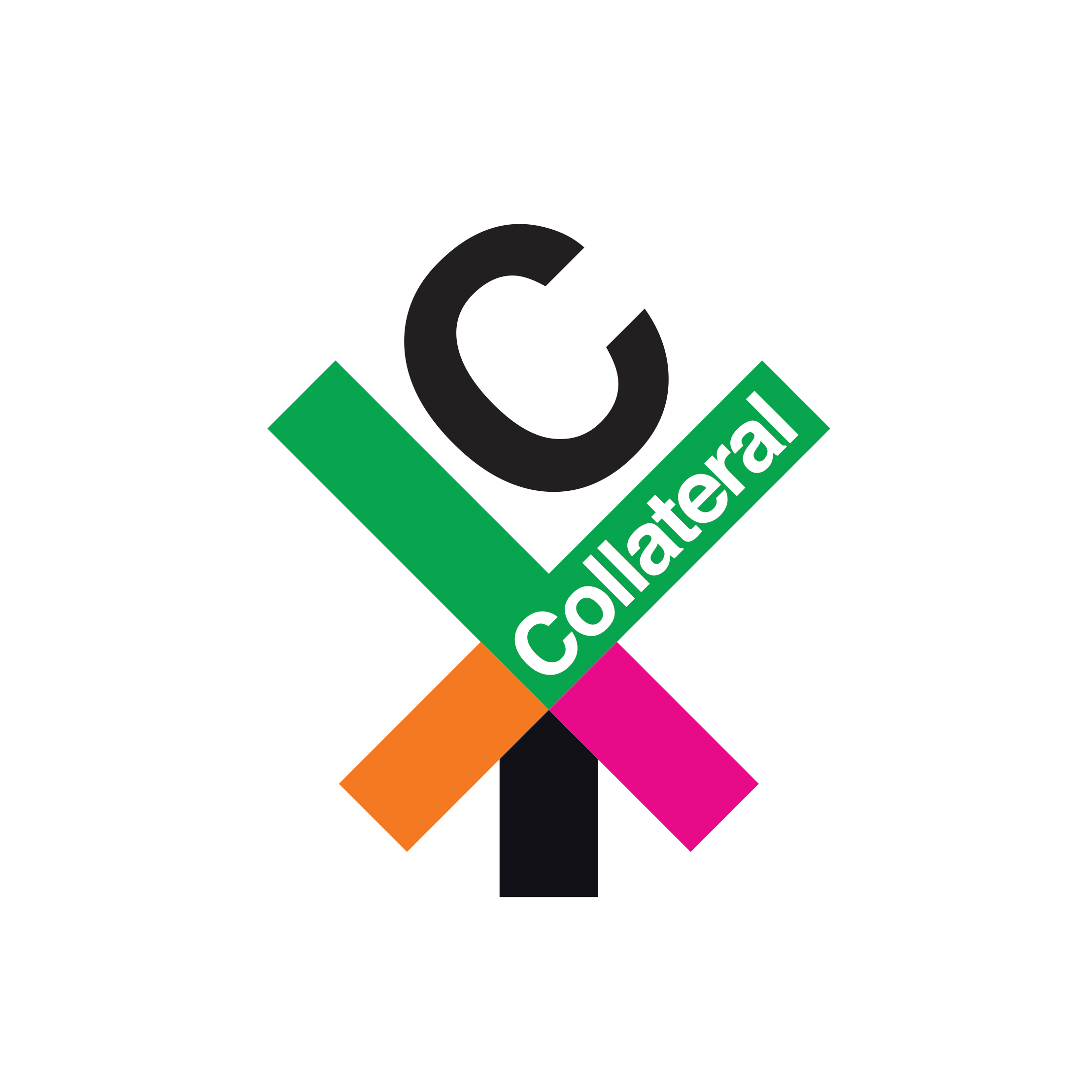 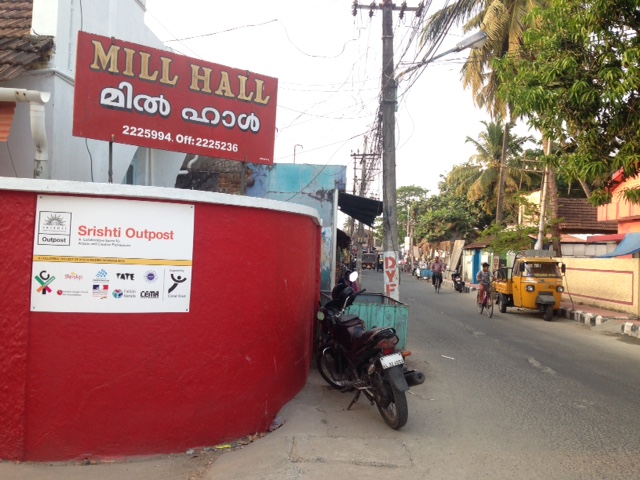 Srishti Outpost is a space that masquerades as a classroom, a gallery and a community hall. It will focus on the performative, the playful and the process oriented while supporting the various positions of art making. Outpost at Mill Hall celebrates ‘Making, as an Expanded Form of Expression and Engagement’. The curated program overlaps and intersects in, material and mediums, Art & Science, traditional and contemporary as well as multiple associations and collaborations. The idea is to bring together artists, curators, theorists, technologists, traditional makers, and the local communities to interact, share and learn. ‘Outpost@Mill Hall’ will be a series of events; exhibitions, symposiums, permanent installations, workshops and a live makers’ space, will ensure a thorough involvement of audiences, both as participants, as well as spectators.

Curated by Meena Vari, Dean of the School of Media, Arts and Sciences (SMAS), Dean of Contemporary Arts and Curatorial Practice and coordinator for the Center for Experimental Media Arts (CEMA) at Srishti Institute of Art, Design and Technology.

Kochi-Muziris Biennale 2016: forming in the pupil of an eye.

To draw from mythical accounts of the land of seven rivers, set amidst seven seas, anchored by a mountain at its navel. The river breathes life into the land as they are fed by countless tributaries rivers which change course, directed by winds, stopped by human actions, swallowed by floods, vaporized by the sun, filled again by rain and invoked into existence by poets.
As rivers flow, overflow and recede, can a biennale accumulate meaning over time and spill into the future?
The flow of these streams, their convergence, and divergence inspires a series of questions and propositions about the varied forms and approaches to knowledge presented by the objects performed as part of the Biennale. One of these rivers – a hidden river, whose sightings are elusive and ephemeral – exists in our belief and imagination. Knowing nothing of its origins or its end ‐ quests to find this hidden river give rise to narrative, story, poetry and perhaps to language itself.