Book Chapter in The Bloomsbury Handbook of Sound Art

The voice is produced and shaped by a body. When heard, it also suggests a body. This tension between the relationship of the voice and the body has been a productive force in the creation of a variety of works within sound arts. In previous publications I have investigated how women sound artists have used voice, both literally and metaphorically, in their work to challenge contemporary historical and contemporary cultural assumptions about women’s voices and the male normative within sound arts practice (Lane 2016). This was ignited by research into gender differences in the work produced by students of Sound Arts and Design at London College of Communication, a significant finding of which was that many female students used spoken voice in their work. Through an investigation of some of the ways that women’s voices have been demonized and ridiculed within the public sphere and the analysis of how voice was being used in works by sound artists Hildegard Westerkamp, Janet Cardiff, and Jasmeen Patheja the paper went on to conclude that “The act of using one’s own voice and language in one’s own way is a radical move within electroacoustic music and sound art and women sound artists use voices, their own and others, in ways that subvert commonly held historic, socio-cultural prejudices against the existence of women’s voices in public spaces. (Lane 2016, 109)

In subsequent presentations (Lane 2017) this research has been extended and developed to consider some of the mechanisms by which some voices have been excluded from the sound arts canon through an uncritical acceptance of what Jennifer Stoever-Ackermann has termed our “raced, gendered, and historicized ‘listening ears’” (Stoever-Ackerman 2010) accompanied by an obedience to normative notions of attentive and “expert” listening. In recent work this has been further developed by investigating the ways that the separation of the voice from the body has offered ways of silencing women in the public sphere through likening them to animals, and also allowed artists such as Laurie Anderson to play with creating new persona through manipulation of the voice (Lane 2018).

Examining works by a variety of contemporary artists who work primarily with sound, this chapter aims to look at how the voice and voiced sounds, such as audible breathing and other nonlinguistic utterances, are used to both express and investigate notions of intimacy and their relation to gender. I have chosen to group the works together according to the category of sound used in the work, namely the sounds of female sexual pleasure, breath, and voice. In each case, these sounds are used by the artists to explore or express significantly different aspects of intimate experience and their relationship to notions of public, private, and political. Of course the works share aspects in common that transcend the choice of sounding material and where possible these will be discussed in relation to each other.

The Bloomsbury Handbook of Sound Art

The Bloomsbury Handbook of Sound Art explores and delineates what Sound Art is in the 21st century. Sound artworks today embody the contemporary and transcultural trends towards the post-apocalyptic, a wide sensorial spectrum of sonic imaginaries as well as the decolonization and deinstitutionalization around the making of sound.

Within the areas of musicology, art history, and, later, sound studies, Sound Art has evolved at least since the 1980s into a turbulant field of academic critique and aesthetic analysis. Summoning artists, researchers, curators, and critics, this volume takes note of and reflects the most recent shifts and drifts in Sound Art--rooted in sonic histories and implying future trajectories. 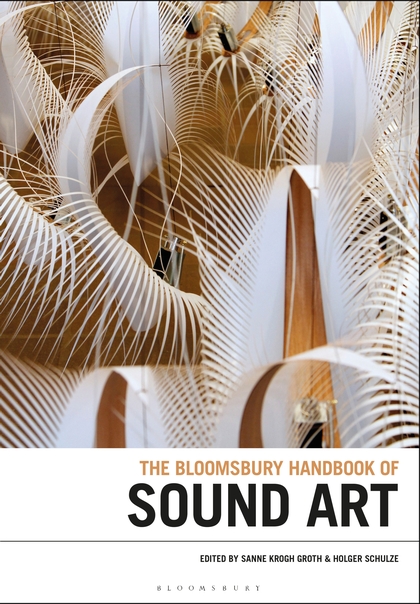