How can the muted be voiced? How can the unheard be listened to? How do memories get lost? Do they just fall through the cracks as stories are told and retold, each time missing out what is not considered important according to those who have the power to record and tell the stories and shape our ideas of our pasts and our histories?

Re-soundings: Prelude - The Ayahs Home takes as it starting point a photograph which shows an early twentieth century European drawing room populated by around fifteen Indian women thoughtfully and quietly engaged in reading or sewing. This mute material record was taken at The Ayahs Home in Hackney, East London in about 1906. The photograph is the starting point for an investigation into both the history of the ayahs in London and some of the mechanisms by which they, and their stories, have been muted.

The work uses composed sound found through sonic traces in contemporary texts, re-sounded texts and interviews and extensive archival material. So far, no women, who worked as an ayah for the British before independence, or her descendants, have been traced. 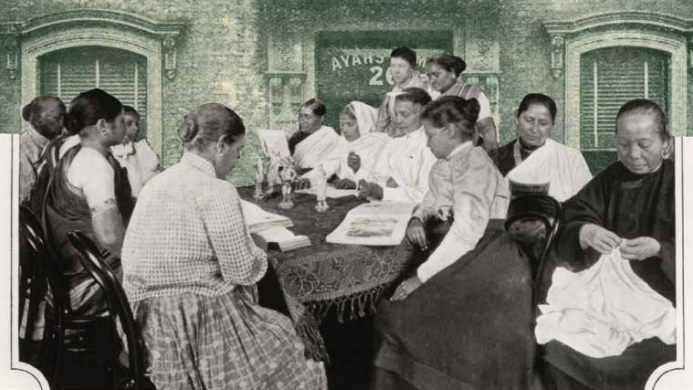