The SGFA 2016 conference was live streamed here, sharing the presentations throughout the two days. Our online audience were welcome to send in questions for the panel Q&As via Twitter using #SGFA2016 or @CRISAP2.

The live stream was recorded and will be made available online shortly.

See the full programme for full details of the conference and presenters.

Throughout the two days the Still Waiting Discussion Group uploaded curated audio material that they gathered from presenters and delegates at the event - this played on the live stream during the breaks and at times when presenters asked that their contributions not be made available to the stream.

The Still Waiting Discussion Group is a London College of Communication student-focused research group invested in decolonising the BA Sound Arts and Design curriculum at LCC. Read more in the SGFA Programme.

Listening Groups in Greece and India

Two invited remote listening groups at AMOQA (Athens Museum of Queer Arts) in Athens, Greece and at Srishti School of Art and Design Technology in Bengaluru, India joined us digitally throughout the event, contributing to discussions and the closing Plenary.

AMOQA is a hybrid space for the research and promotion of arts and studies on sexuality and gender. It hosts special nights and festivals of performance, screenings of documentaries on gender politics, as well as experimental queer films, technology workshops, lectures on gender topics, queer music gigs and more. At the same time, it has initiated the building of an LGBTQI+ archive, bringing together collections, artworks, zines, interviews, films, photography etc κλπ, in an attempt to trace a cartography of greek LGBTQI+ movements. AMOQA would like to act as a meeting point for the networking of researchers and artists that work on body politics, aiming at the creation of new projects as well as the exchange of ideas and thoughts. AMOQA functions as well as a safe platform where different activist feminist queer groups use for their meetings.

The Srishti School of Art, Design and Technology is a creative, experimental and curatorial institute of media arts and sciences, that offers art and design education at the undergraduate, post graduate and doctorate levels. Srishti's culture encourages thinking, questioning and experimenting to harness the artistic and intellectual potential of each individual and places the institution at the leading edge of contemporary art and design discourse. Srishti’s experimentations with art and science encourage trans and inter-disciplinary work that integrates diverse media, modalities and technologies. It strives to generate a space that can critically examine the relationship between art, technology and society. 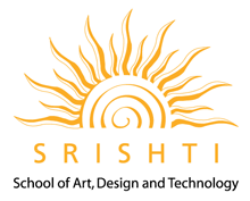