Square Peg Round Hole concerns the largely unknown and undocumented inhabitants of the Langenhagen ‘Idiot Asylum’ many of whom we presume were buried in the circular cemetery which was originally attached to the chapel which is the site of the work. The title of the work refers to the English expression for someone who does not fit in to the society or the environment that they find themselves in; and the work is a meditation on their lives, the nineteenth century mission to ‘normalise the abnormal’ and the nature of communication and language.

They tried to care for you

Tried to teach you to care for objects of their caring:

Whirled in a fire

To teach you names

for things you did not need”

- Rich ‘Meditations for a Savage Child’ 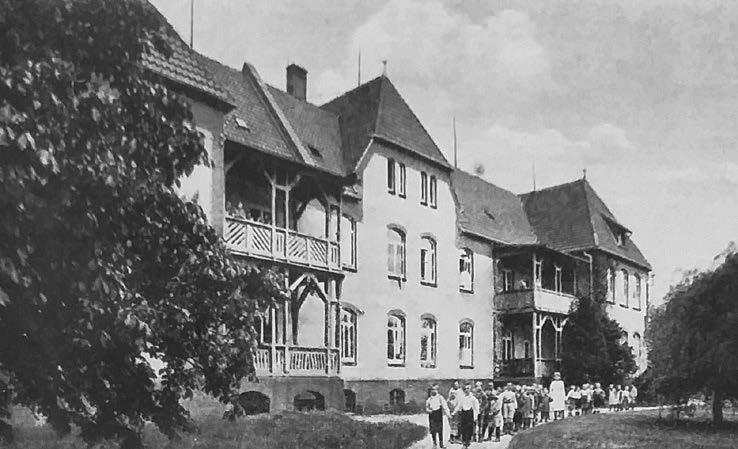 The Langenhagen 'Idioten Anstalt’ was the first educational establishment in the state of Hannover for children with learning disabilities.

It was founded in 1862 as part of a European-wide movement to improve the lives of people with learning disabilities who, up to the mid 19th century, had been figures of public ridicule, living in poverty or imprisoned.

“In the 18th century infanticide

on the poorhouse steps

gin-blurred, setting fire to the room”

- Rich ‘Meditations for a Savage Child’

The enlightened idea that these people could be educated to become ‘useful’members of society developed primarily from the work of two French physicians. The first, Jean Marc Gaspard Itard (1774-1838) worked with Victor, the wild boy of Aveyron, who at the age of about twelve years, was found running wild and naked in the forest. 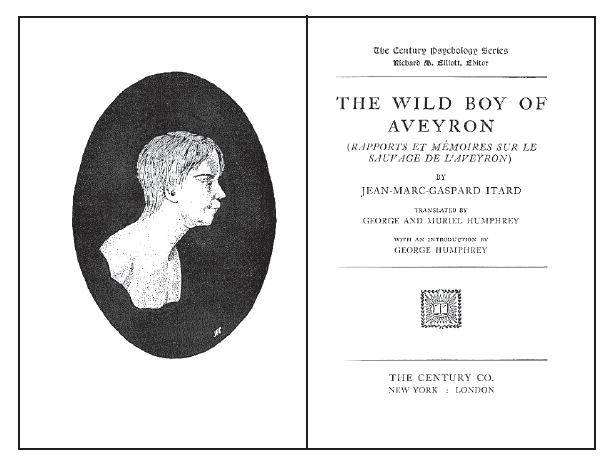 Itard, an educator of the deaf, worked with the boy, who he named Victor to try and socialise him and teach him to speak. He never succeeded.

The second, Édouard Séguin (1812-1880) studied with Itard and developed sensory training for people with cognitive disabilities to help them function as well as possible in society. His writings were published and translated widely and emphasise multi-sensory development.

“The general training embraces the muscular, imitative, nervous, and reflective functions, susceptible of being called into play at any moment. All that pertains to movement, as locomotion and special motions; prehension, manipulation, and palpation, by dint of strength, or exquisite delicacy; imitation and communication from mind to mind, through languages, signs, and symbols; all that is to be treated thoroughly. Then, from imitation is derived drawing; from drawing, writing; from writing, reading; which implies the most extended use of the voice in speaking, music, etc. The senses are trained, not only each one to be perfect in itself; but, as to a certain extent other organs may be made receivers of food in lieu of the stomach…” 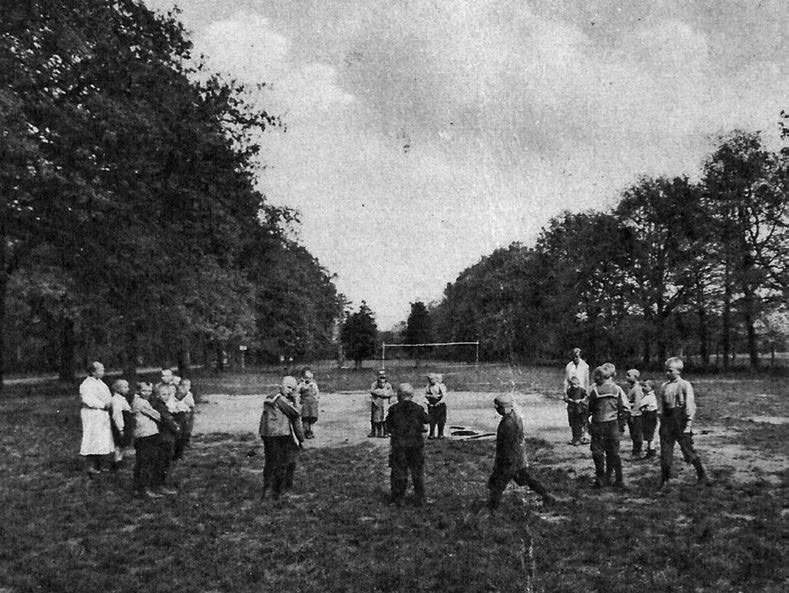 ”Playing field with football ground”, around 1935 (Municipal Archive of Langenhagen)

The Langenhagen Asylum developed rapidly from 25 patients in 1862 to 300 by 1883 and 840 by the end of the 1920s. New buildings and facilities were added to support this expansion and the chapel and cemetery were built in 1905. We know that in 1876 patients worked in the gardens, on the farm, and learnt skills in tailoring, sewing and shoemaking, they also had singing and gymnastic lessons. 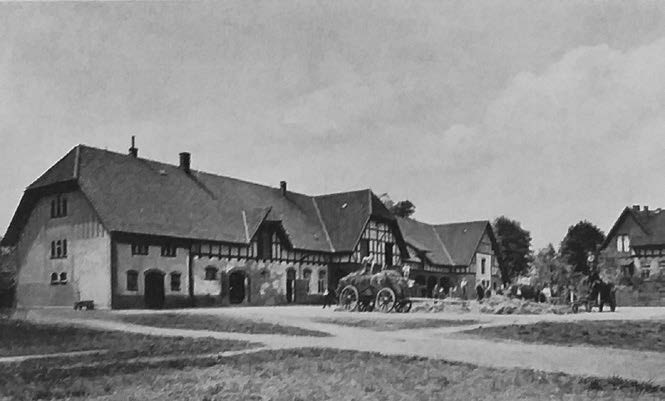 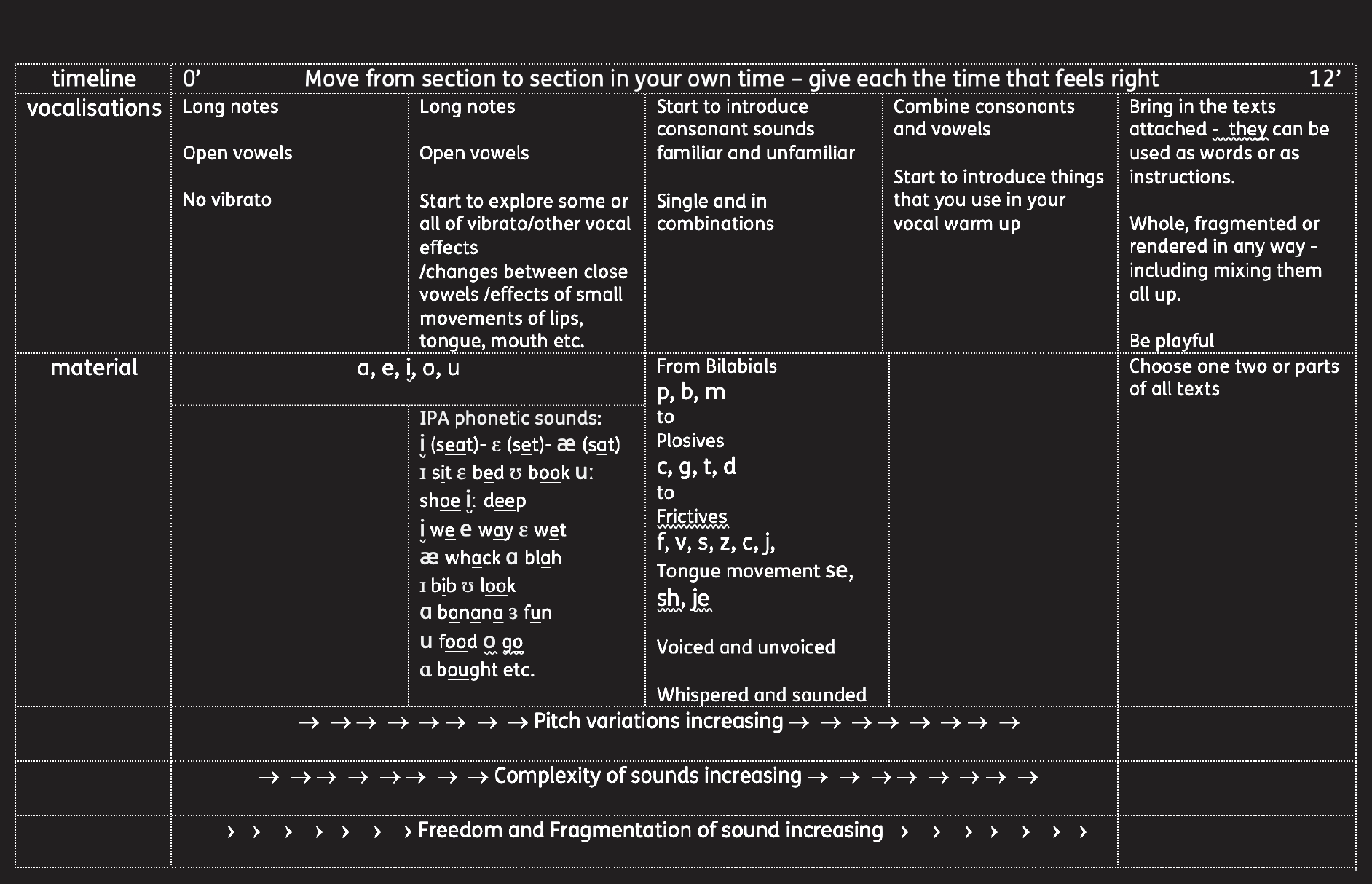 “As the housekeeper takes charge of the girls as soon as they are able to learn practical housework, so the steward has the management of the boys in the garden and fields; whilst all the persons working in the Institution are expected to lend their assistance to the training of the children in their special avocations. To sew, garden, or wash for the establishment is well enough; but to help the children in doing the same is better yet: in fact, everybody here must be ready to turn into a teacher” 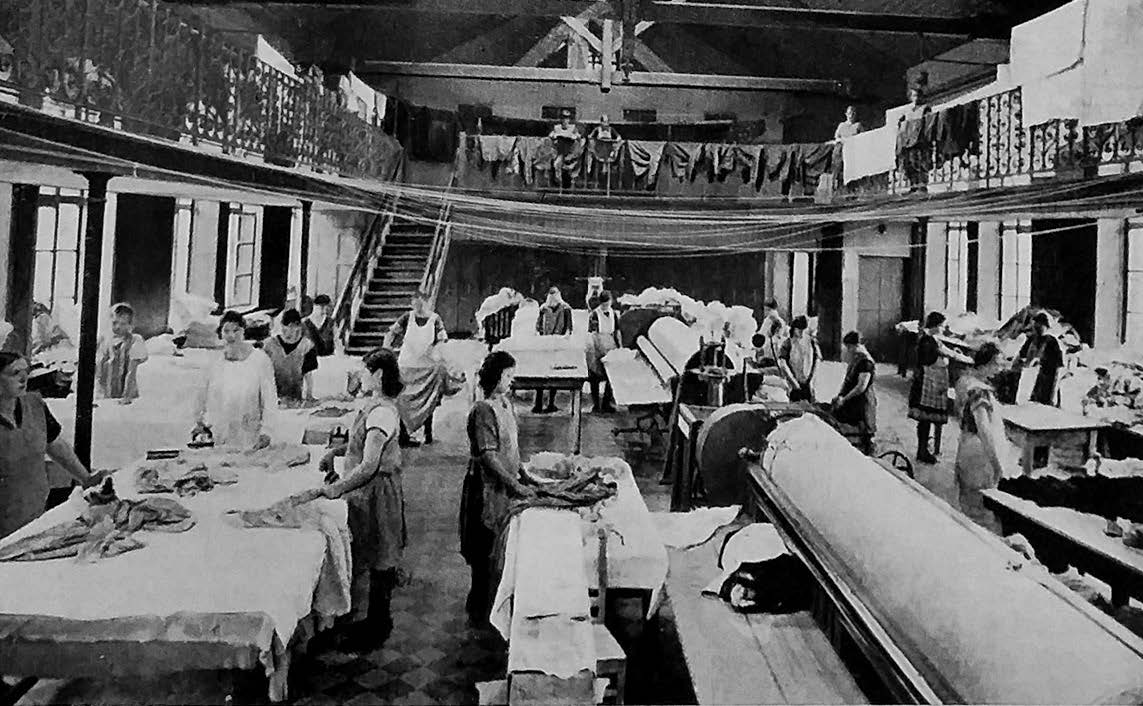 “Women in the laundry of the Asylum”, around 1930 (Municipal Archive of Langenhagen)

‘Square Peg Round Hole’ draws on historical and contemporary sources to reflect the wider resonances and the sonic iconography of the chapel in the Eichenpark.

At the centre of the work is a performance score designed to explore the building blocks and functions of language and the physiology of vocal communication. This draws on some of the sounds of the International phonetic alphabet, now a standardized representation of speech sounds in written form. 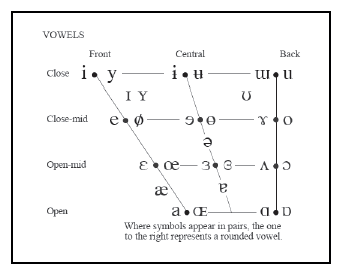 The vowels of the IPA according to the position of the tongue.

“After this, all the organs of speech, the lips, tongue, etc., are moved freely in all directions and in every manner; and once, as if by chance, in the middle of the mute, inimical exercises, the lips being well closed, we part them by thrusting out an emission of voice which pronounces Ma or Pa, it is just indifferent which. If the child’s lips be soft, pale with confused delineations, Ma is the word; if the lips be red, firm, well-shaped, we begin with Pa.”

The score de- and re-constructs a variety of texts which relate to the social attitudes to difference, the functions of language and ideas of alternative languages and communication between humans and the more-than-human. These texts include traditional folk tales about fairies, dwarfs and elves substituting a ‘changeling’ for a human baby, a commonly believed explanation for children with physical or learning disabilities; contemporary re-workings of folk tales by British writer Angela Carter and American poet Anne Sexton; poetry based on Itard’s work with the wild boy of Aveyron by American poet Adrienne Rich; the writings of Édouard Séguin and finally words from German journalist Ulrike Meinhof, who was arrested in Langenhagen in 1972, and spent the rest of her life in prison. Meinhof’s words reflect on the belief that we are all, to some extent, “square pegs in round holes” and that this is a condition of contemporary society which we cannot escape. 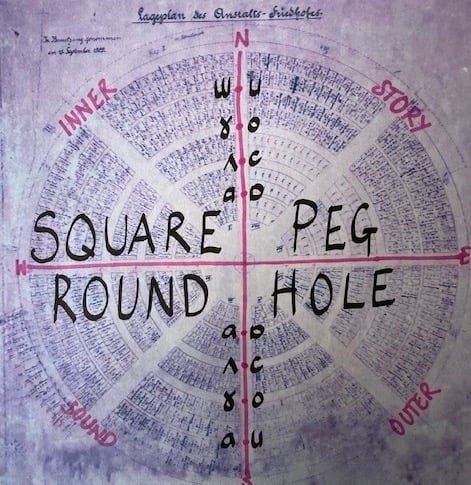