CRiSAP and LCC's Sound Arts & Design Department co-run a Visiting Practitioners Series of weekly talks at the college, exploring the diverse field of sound arts practice. Each term one sound arts staff member curates the series of talks, inviting a number of sound practitioners to share their work. Primarily for the current BA, MA and PhD sound arts students at LCC, these talks are also open to students and staff across all UAL colleges and courses. If you are not a UAL staff member or student and would like to attend, please contact the organiser.

Due to ongoing Covid-19 pandemic, the Sound Arts Visiting Practitioner Series will continue to be held online for the Autumn Term. The lectures this term will all happen virtually: a mixture of live and pre-recorded sessions with guests appearing for a live Q&A (where available).

Join us in our virtual teaching room every Thursday;

22 October 2020 | Jessica Ekomane | is a Berlin-based electronic musician and sound artist. Through live performances and installations, she creates situations where the sound acts as a transformative element for the space and the audience. Her quadraphonic performances, characterized by their physical affect, seek catharsis through the interplay of psychoacoustics, the perception of rhythmic structures and the interchange of noise and melody. Her ever-changing and immersive sonic landscapes are grounded in questions such as the relationship between individual perception and collective dynamics or the investigation of listening expectations and their societal roots. Important Records released her first LP in 2019.

In 2019 Ekomane was one of Happelman's collaborators for her installation at the German pavilion of the Venice Biennale and part of the SHAPE Platform roaster. In 2017 she was a BCR [INCUBATOR] resident and now hosts “Open Sources” on Cashmere Radio. Her work has been presented across Asia, Australia and Europe. 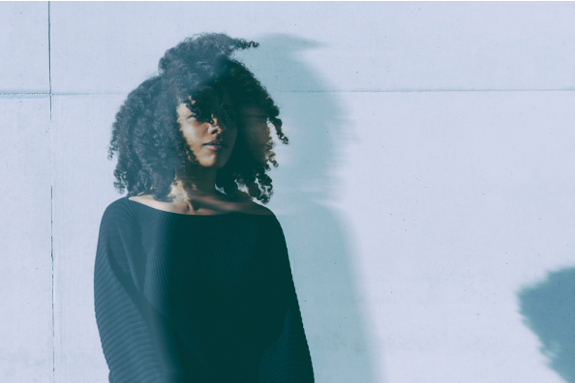 Currently, Lisa is taking part in the Sound and Music programme New Voices [UK] and is participating in the Social Acoustics Research Project at the University of Bergen [Norway]. She performs and composes with the band Rutger Hauser, and has an active movement, voice and sound collaboration with Lou Barnell. She is part of SE London music collective and record label The Lumen Lake; and is a member of the art/education/politics group Common Study based at Somerset House Studios.

5 November 2020 | Darsha Hewitt | A lot can be learned about the values of capitalist culture by critically investigating the materiality of the machines, processes and practices of technology that consumer society throws away. In its deconstructed form, everyday obsolete domestic technology exposes the confounding ways that humans treat one another and how we engage with our built and natural environments.

Darsha Hewitt’s art practice is situated across new media and sound studies and largely grows out of empirical material based experimentation with obsolete technology. She make electro-mechanical sound installation, performances with hand-made electronics, video, drawing and photography. Her studio practice and teaching methods alike take an adventurous hands-on /media-archeological approach to art making, where hidden systems within technology are de/re-mystified as a means to trace out structures of economy, power and control embedded throughout western culture. 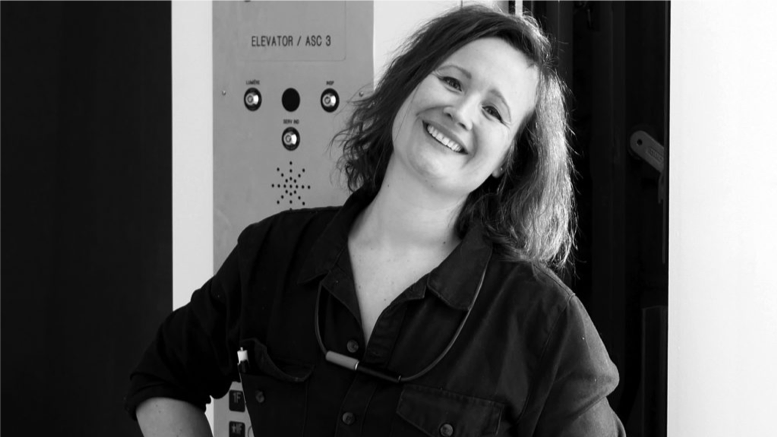 12 November 2020 | Electric Indigo | Electric Indigo, DJ, composer, musician, has performed in 45 countries across Europe, Asia, and the Americas. She represents an intelligent and distinguished interpretation of techno and electronic music and founded the transnational female:pressure network. Her DJ-sets are characterized by a wide variety with a clarity of vision and a depth that comes from a deep understanding of the music and the art of DJing. As a composer and musician, she creates music for concert spaces and clubs, and occasionally for stage plays and short films. In her compositions and live performances, she emphasizes the spatial placement and precise structures of subtly elaborated sounds, often generated with granular synthesis. She premiered her works at festivals like Wien Modern, Musikprotokoll, CTM or Heroines of Sound and composed for Klangforum Wien. Her new album "Ferrum" was released on Editions Mego in March 2020. The Republic of Austria awarded her the Kunstpreis Musik 2020. 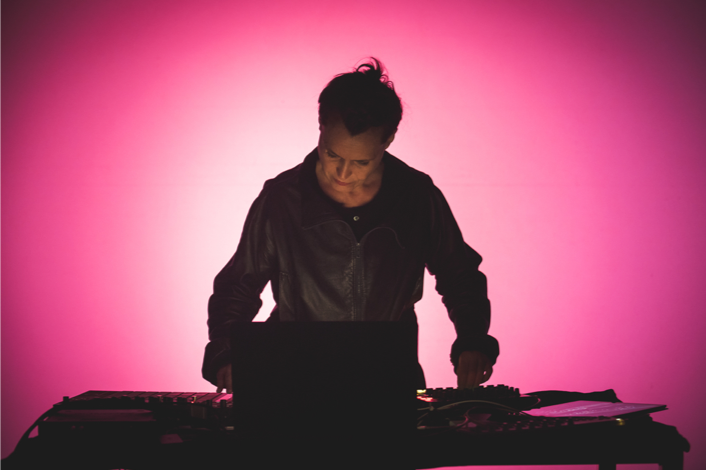 19 November 2020 | Joel Stern | Joel Stern is a curator, researcher, and artist living and working on Wurundjeri land in Melbourne, Australia. Since 2013, Stern has been Artistic Director at Liquid Archi­tec­ture, a leading Aus­tralian organ­i­sa­tion that creates spaces for sonic expe­ri­ence and crit­i­cal listening at the inter­sec­tion of con­tem­po­rary art and exper­i­men­tal music. In addition to Liquid Architecture, Stern has led numerous independent organisations including: Oth­er­Film, a col­lec­tive working with artists moving image and the legacy of avant-garde cinema; and Instrument Builders Project, a workshop, residency, exhibition series featuring artists, musicians and craftspeople from across Australia and Asia. 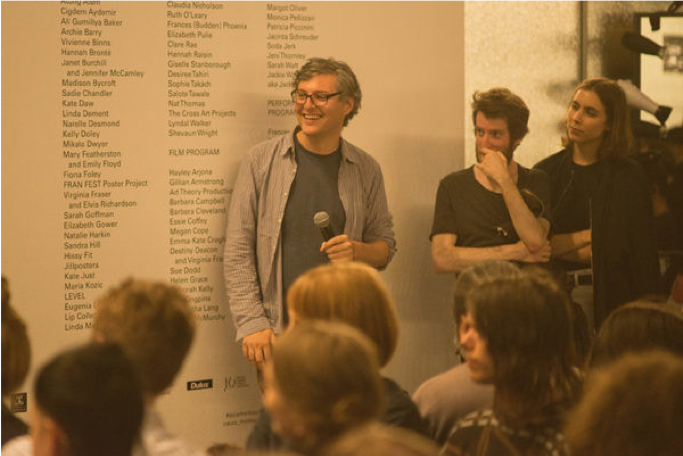 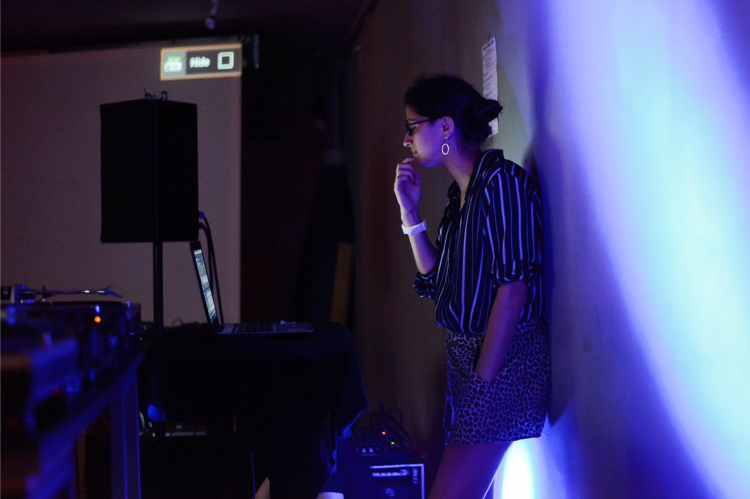 3 December 2020 | Yassmin V Foster | Yassmin V. Foster is a Stuart Hall PhD Scholar in the Department of Media, Communications and Cultural Studies, at Goldsmiths University of London 2018–2024. She holds a BA (Hons) Anthropology and Media, MA Choreomundus – International master in Dance Knowledge, Practice and Heritage. Yassmin is a scholar, artist, academic and sound (system) woman based in the London, United Kingdom (UK). She is a proponent of work that challenges the supposition that movement and dance created by Black people are unworthy of scholarly investigation and validity. Yassmin has worked progressively in the arts and culture sector since 1992 and has presented her research across the UK, and in the US. Her current research investigates “The Kinetic Architectural Experience of Black People Through Lovers’ Rock in Britain, 1970 – 1980”.  She champions interdisciplinary, cross-cultural and multi art-form collaborative journey's, whilst advocating for dance as intangible cultural heritage. 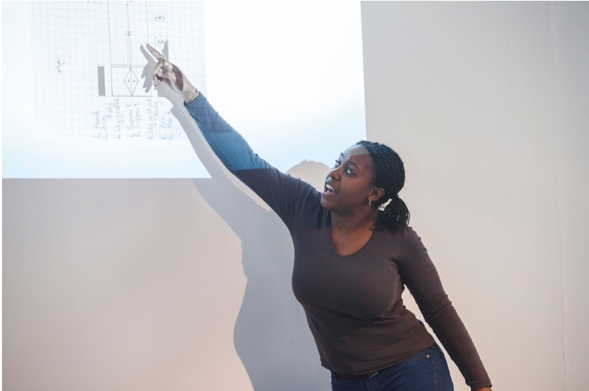 Her most recent film composition work includes BAFTA and BIFA-nominated director, Douglas King’s Do No Harm and recently completed her debut feature score. Alexandra was selected to be on the 19/20 BAFTA Crew x BFI Network and is an active member of the Alliance of Women Film Composers. As a solo artist and multi-instrumentalist, she performs mainly piano and live electronics. Alexandra’s passions lie in the duality between the classical and electronica worlds, moving picture and her love for the piano. She has performed all over UK alongside artists such as Talvin Singh, Melissa Parmenter, Gabríel Ólafs, Mara Simpson, Throwing Snow and TSHA. 2019 also saw her debut release as an artist 19-88. As a keen collaborator Alexandra has released with several artists, collaborations including Fuchsklang Musik’s Phaebel. 2020 sees the release of her album 2 Years Stranger drawing the listener into a unique personal story. 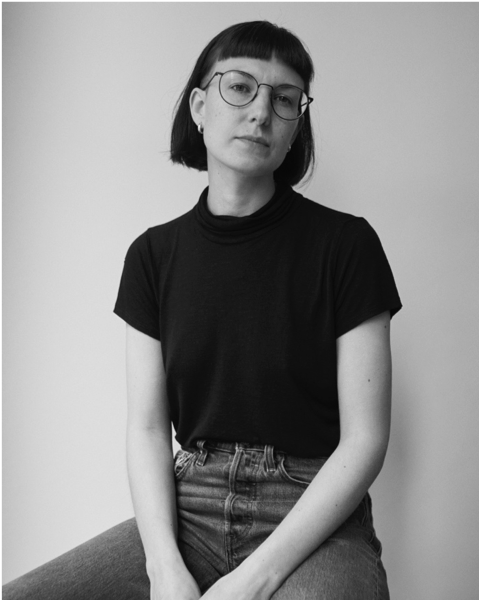 17 December 2020 | Leslie Gaston-Bird Leslie brings over 30 years of audio engineering experience to her work. She currently specializes in mixing feature-length films and documentaries in stereo and 5.1, and is currently adding Dolby Atmos workflows to her arsenal. She is a Governor-at-Large for the Audio Engineering Society, author of Women in Audio and is working on her doctorate on immersive workflows at the University of Surrey’s IoSR (Institute of Sound Recording).

Recent movies she’s worked on include Rent-a-Pal (IFC Midnight), Leap of Faith (a documentary on the making of The Exorcist featuring director William O. Friedkin with premieres at BFI, Sundance and La Biennale Di Venezia), and many others as found on her IMdB page. 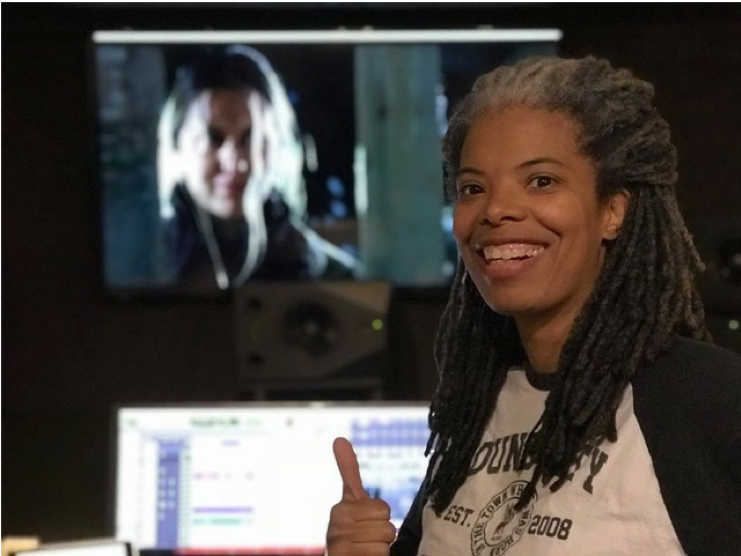 Location: **Online** due to college closure during the Covid-19 crisis

Non-UAL staff/student who would like to attend the lectures please contact a.goh@lcc.arts.ac.uk (no less than 48h before)

Non-UAL staff/student who would like to attend the lectures please contact a.goh@lcc.arts.ac.uk (no less than 48h before)

If you're not a UAL staff member or student and would like to attend the lectures, please contact John Wynne directly.

If you're not a UAL staff member or student and would like to attend the lectures, please contact John Wynne directly.

Further information about the series, times & locations, is available on the LCC website.

If you're not a UAL staff member or student, and would like to attend the lectures, please contact John Wynne directly.