The Voice Figures of Margaret Watts-Hughes

The Voice Figures of Margaret Watts-Hughes

This project will bring to light and examine the recently discovered archive of audio-visual works, created in the late 19th Century by the Welsh singer and Philanthropist Margaret (Megan) Watts-Hughes. In attempting to measure the power of her voice, Watts-Hughes discovered that materials and sound can interact to form patterns – effects most commonly known through the work of Ernst Chladni in the late 18th Century, and Hans Jenny’s ‘Cymatics’ of the early 20th. Watts-Hughes’s work was different in that she utilized her voice, conceiving of and building a device (the ‘Eidophone’) to record it permanently onto glass or ceramic plates. This was achieved by using pigmented paste spread upon the plate’s surface, before imprinting it with vibrations of the rubber membrane of her device as she sung into it. The resulting patterns – known as ‘Voice Figures’ – are rich, complex and varied, born of multiple techniques and approaches. Some of the plates are clearly acoustic research driven, having been produced with a steady pitch (annotated at the bottom), with the apparatus’s recording membrane moved steadily to generate regular striations. Some contain an interval of adjacent musical notes for comparison, clearly demonstrating the relationship between pitch and wavelength; this would appear to place these objects firmly into the late 19th Century discourse surrounding the senses, voice, audio-visuality and perception.

However, other plates lead us in different directions. From her book, we know that Watts-Hughes was fully invested in an aesthetic predilection for ‘natural’ forms over abstraction, and set her voice and her apparatus toward this end. Many plates appear to represent plants and flowers, some even landscapes. She describes how, being deeply religious, a connection between her voice and her creator appears reified within these works through a mimesis of natural order. As such we can find within these remarkable objects a meditation on the metaphysics of the voice from the vantage point of the late Romantic era.

The discovery of these works – never reproduced in colour and until recently considered lost – presents a unique opportunity to revisit and re-contextualise a liminal figure in historical studies of sound and the voice through historical and practice-based enquiry and recreations. 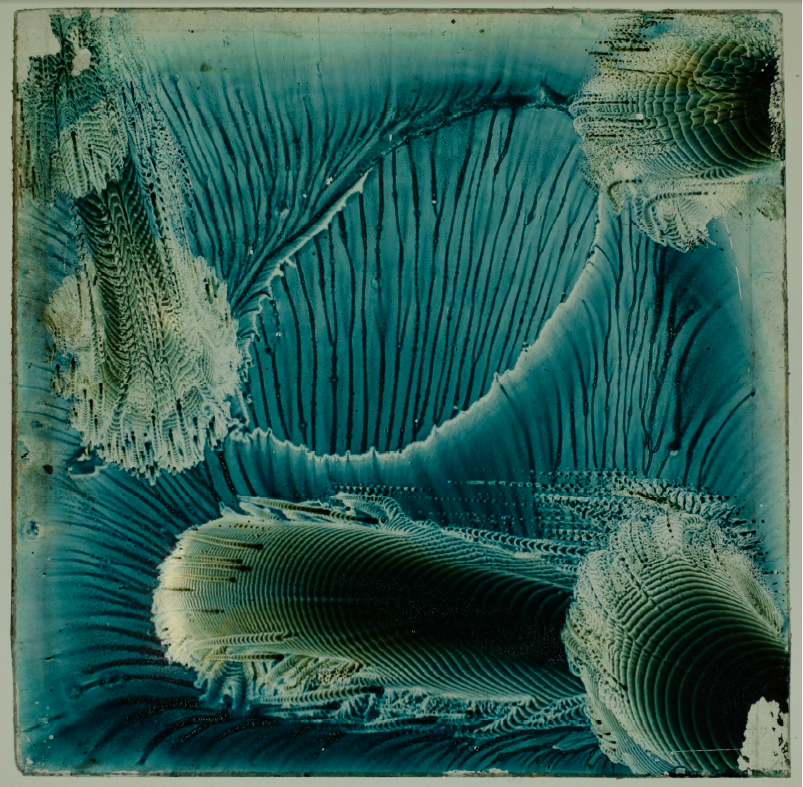